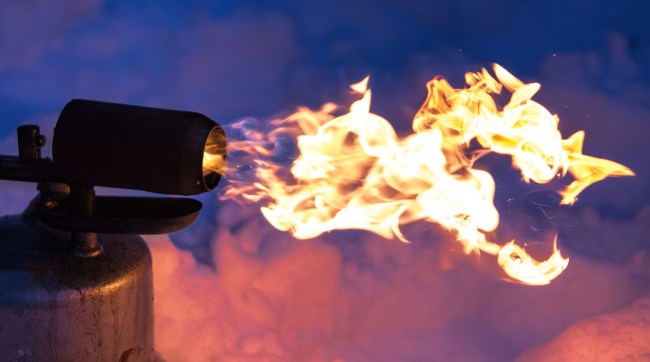 We’ve seen some brutal breakups over the years here. Revenge is definitely dish best served cold. (I don’t even know what that means, it’s just what people say. Oh, it means vengeance is often more satisfying if it is not exacted immediately. Makes sense.)

But considering the sheer savageness of this breakup you are about to see, coupled with the fact that it has now been viewed almost 6 MILLION TIMES, this might be the new standard for epic breakups.

Get ready to watch as a woman from Houston named Tiana Perea crushes her boyfriend for allegedly cheating on her in front of God and everyone (on the internet).

“I’d like to thank Santos for making me realize I deserve so much better,” she begins the speech, giving everyone a taste of what’s to come.

“Because every single person here knows you were trying to f**k with some girl. All of us have seen screenshots … you were sexting her and sending her videos,” she continued. “You literally sent her the same picture you sent me today.”

She closes by telling her now-ex-boyfriend, “In case you didn’t figure it out, we’re over and you can get the f**k out.”

Is this the right thing to do when your bf cheats on you? @s_umana pic.twitter.com/o5ubXv8X8R

She followed up the posting of that video with some photos, telling everyone, “I’m single now.”

This is me btw feel free to hmu cause I’m single now pic.twitter.com/yHMj6oYcGb

You can imagine what the reactions to her speech were like. Actually you don’t need to, because…

Man said, “That was COLD…ain’t cheating on my girl EVER”😂😂

Edgar when she started saying his name pic.twitter.com/tfWYfgikRK