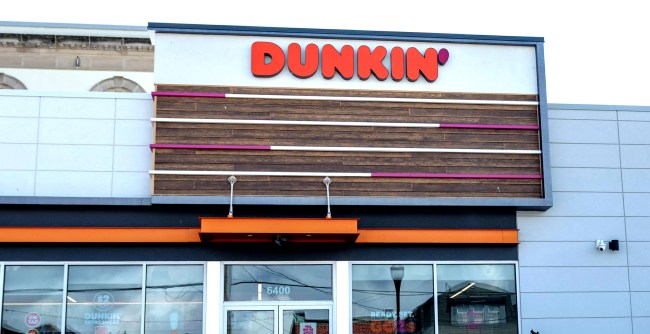 Quick, how many donuts are in a dozen? If you said 12, then you’re normal. A half dozen would be six donuts and a baker’s dozen would be 13. Everyone knows these things, right?

I only ask because a women, let’s call her Karen, was filmed on TikTok recently getting into an argument with Dunkin’ employees because she believes a dozen donuts means 50.

No. Really. She was pretty darn adament about it too.

In a couple of TikTok videos, uploaded by user @princess__natt, we see Karen at the counter, mask around her chin (where it obviously does the most good), rainbow tie-dyed fanny pack around her waist, loudly telling the Dunkin’ emloyee behind the counter, “MORE!”

After the employee appears to be explaining to Karen that she ordered a dozen donuts, which is, in the real world 12 and not 50, she barks back, “That’s what a dozen is. Not 12.”

Thousands of comments later, including one that perfectly wrote, “50 must be a Karen’s dozen,” @princess__natt uploaded a part two video.

In this second video we get to see Karen continuing to be belligerent, even going so far as to ask the employee if she understands English – despite her complete non-understanding of numbers – before finally, at long last, placing her mask over her nose and mouth.

Kudos to the Dunkin’ employee for not shouting Karen down for being completely ignorant of basic math and common courtesy. I trult do not know how they did it.