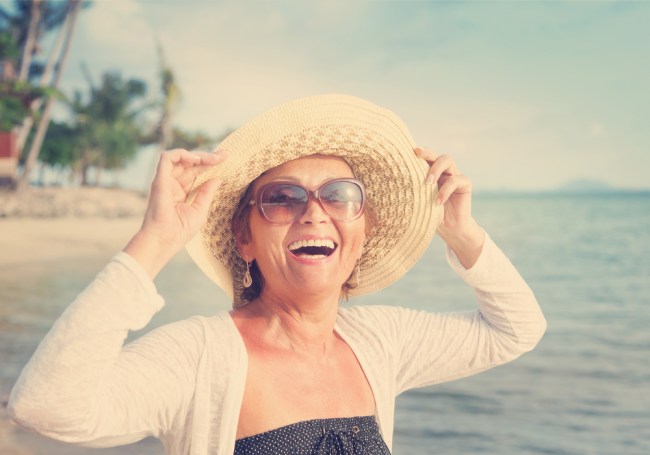 A new study found that women are more unhappy than men their entire lives until they reach their mid-80s. Ironically, by that time, their male partners are usually dead by then. This sounds like a definitive correlation. A new scientific study by Britain’s National Health Service found that women are typically less happy than men until they are 85-years-old. According to The Times, psychiatrists hypothesize that this might be because women have been widowed by that age. Right now your wife is counting down the years.

The NHS polled 8,000 British adults with a survey of 12 questions that asked participants to rate their levels of happiness, self-confidence, anxiety, and sleep disturbance. Women polled more miserable their entire life until the ripe old age of 85. Coincidentally, the life expectancy for men in the U.K. was 79.1 years in 2013–2015 and for women it was 82.8 years. It’s almost like women have a few years of grief after their husband dies and then find happiness now that their man is dead as a doornail. Esther always wondered, “Why am I so miserable?” Then her husband croaked and she found true happiness.”

The survey also found that women are more likely than men to report health problems than men throughout their lives. The Independent reported that “the discrepancy was particularly prevalent with regards to mental health, with 28% of women aged 16-24 reporting conditions in comparison to just 16% of men.” At the ages of 25 to 34, 18% of both men and women report mental illnesses. Try to sleep well tonight knowing that your wife is next to you in the bed and can’t wait for you to kick the bucket.