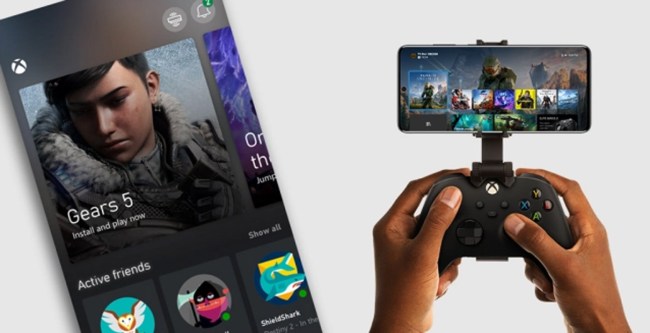 Normally, news that Xbox has released a new and redesigned beta app for Android with killer features like allowing users to play Xbox One games on their phones would be the biggest video game-related news of the day.

However, since Microsoft announced today that they went and bought Bethesda Studios, this app news has pretty much gotten lost in the shuffle.

That being said, this redesigned Xbox beta app is actually big for Xbox One users.

The new Xbox app (Beta) has been rewritten from the ground up making it easier for all gamers to stay connected to your friends, games and fun at home or on the go, no matter what device they prefer to play on. Your friends and parties can stay with you via voice and text chat, even if they’re on console or PC. A new, unified notification inbox means you will now receive and be able to clear your notifications for new party invites, messages, and more right on your phone. The new share feature makes it easier to share game clips and screenshots from your console to your favorite gaming and social networks. Lastly, we’re unlocking Xbox remote play, formally known as Xbox Console Streaming for all gamers in the new Xbox app (Beta) — you no longer need to be an Xbox Insider to play games installed to your console on your phone. The free Xbox app (beta) is available for you to check out today and keeps in you the game — wherever you like to play.

Yep. You can now play games installed on your Xbox console, including Xbox Game Pass titles, on any compatible Android device – no waiting for downloads.

In addition to that major bit of news, the redesigned Xbox beta app also includes these new features…

• Let you clear your Xbox notifications on any device and they will be updated across your Xbox accounts.
• Use the onscreen keyboard from your phone or tablet you can send friends a message, or set up or join an Xbox party on your phone.
• Built-in voice chat using your Bluetooth headset that’s already paired with your phone.
• All your captures will automatically be compiled in a library with the option to save directly to your phone.
• Share using the app to to popular social media networks like Instagram, WhatsApp, Snapchat and more.
• Use the app to install any game to your console, manage your game library to free up space, or as a remote control.
• You are now able to sign in on as many Xbox consoles or Xbox Apps as you want, all at the same time.
• All your progress, achievements, and saves stay up to date and synced to whichever device you choose to play on.
• The app will also allow users to set up their new Xbox Series X or Series S consoles in November.

Microsoft also revealed the full list of over 150 Xbox games that Xbox Game Pass Ultimate members will be able to play for free on Android devices.

Similar to Xbox Game Pass for Console and PC, you can expect the library to evolve over time based on members’ feedback, with new games added all the time,” said Kareem Choudhry, Microsoft Corporate Vice President, Cloud Gaming.