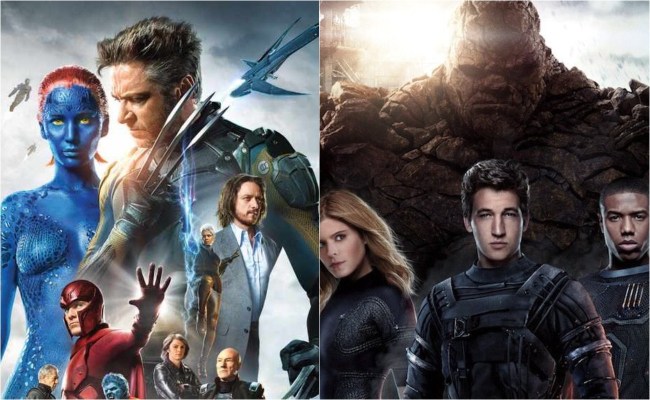 It can be easy to forget that — prior to the likes of Spider-Man and Batman Begins — that it was actually 2000’s X-Men that truly kicked off the new age of superhero films.

From 2000 to 2020’s (unfortunately dreadful) New Mutants, Fox’s X-Men franchise was a mainstay in the pop-cultural landscape, releasing 13 films over the course of two decades. That franchise (and era of comic book filmmaking in general) ultimately came to an end last year following Disney’s acquisition of Fox, which will now allow all of those iconic characters to join the Marvel Cinematic Universe.

Prior to the sale, though, Fox was still shaping the future of their X-Men universe, as The Bourne Supremacy director Paul Greegrass recently revealed that he was in talks to helm as ‘X-Men vs Fantastic Four’ film that would’ve included Deadpool and Daredevil and would’ve seen “Johnny Storm going supernova and destroying Manhattan, causing an all-out war between the two groups.”

Prior to the Disney acquisition, Fox was planning an X-Men vs. Fantastic Four crossover film with Paul Greengrass in talks to direct.

The film would’ve “included Johnny Storm going supernova and destroying Manhattan, causing an all out war between the two groups.”💥

“They did talk to me about it,” Greengrass told MTV’s Happy Sad Confused podcast. “I wouldn’t say I was attached. [We] talked, and I thought about it, and in the end… [nothing happened].”

This isn’t the first time that this once-planned X-Men vs. Fantastic Four movie has popped up, as X-Men: First Class screenwriter Zack Stenz told Kevin Smith about the project during an interview on the Fatman on Batman podcast back in 2019:

“[Ashley Edward Miller] and I, when we were working at Fox and we were working on X-Men: First Class, we did a secret movie for them that — I can’t tell you what the plot was — but I can tell you that it used all of the characters, all of the Marvel characters that Fox had at the time in 2011. It used the X-Men. It used the Fantastic Four. It used Daredevil. It used Deadpool. Daredevil was still at Fox at the time.”