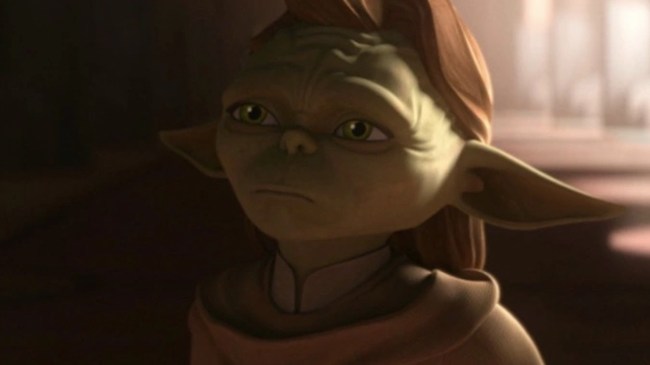 One of the characters that appear in the series is Yaddle, who — in addition to Grogu — is the only other member of Yoda’s species that has been introduced in the Star Wars universe. Yaddle, in fact, was actually introduced in the prequel trilogy and was hilariously horrifying to look at: 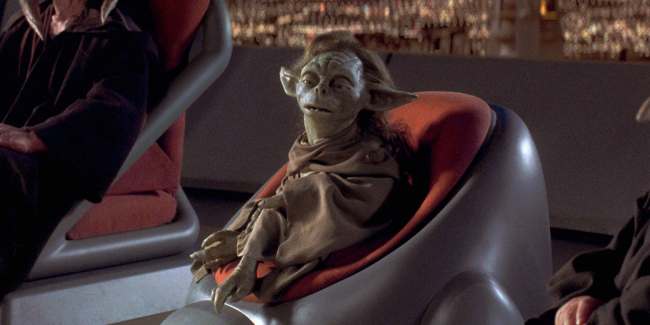 Yaddle, who is the same species as Yoda, speaks in normal sentences in Tales of the Jedi, leaving fans wondering why Yoda talks the way he does

The character, though, has not only resurfaced in Tales of the Jedi and is not only being voiced by actress and director Bryce Dallas Howard, but she’s also speaking TOTALLY NORMAL and without the use of Yoda’s famed backward way of speaking, leading fans to the conclusion that Yoda does it “just for the fun of it.”

I HAVE IMPORTANT INFORMATION, YADDLE SPEAKS NORMALLY IN THE NEW STAR WARS SHOW WHICH MEANS YODA IS JUST A GOOFY LITTLE GOBLIN TALKING IN RIDDLES FOR THE FUN OF IT pic.twitter.com/1H3avMsZZc

The reactions to this revelation were obviously hilarious considering the fact that Star Wars fans have literally been listening to Yoda speak in riddles for decades:

Yoda has just skyrocketed to my favorite Star Wars character by this information alone lol https://t.co/qcNjET0hM1

So yoda talked weird just for shits and gigs 😭 https://t.co/eQ35d3vBQr

That boy was high on ketamine for YEARS https://t.co/CmyXor42kM

Is this not common knowledge?

Isn't the whole reason Yoda speaking the way he does being because he's old and decided "fuck it, funny talk"? https://t.co/xpziF9NB40

I love how this confirms Yoda was just doing that to fuck with everyone 💀 https://t.co/xzZj7HbMsW

What ketamine overdose does to a man https://t.co/T0WOGOqtxp

In addition to Tales of the Jedi, the excellent Andor is also currently in the midst of its first season on Disney+. Andor will then be followed by season three of The Mandalorian, which is set to premiere in February 2023. Also set to premiere on Disney+ in 2023 in Dave Filoni’s Ahsoka, which stars Rosario Dawson, and Jon Watts’ Star Wars: Skeleton Crew, which features Jude Law. There’s also The Acolyte, which does not have an official release date but made some official casting announcements earlier this year, meaning it could be on track for a 2023 release.