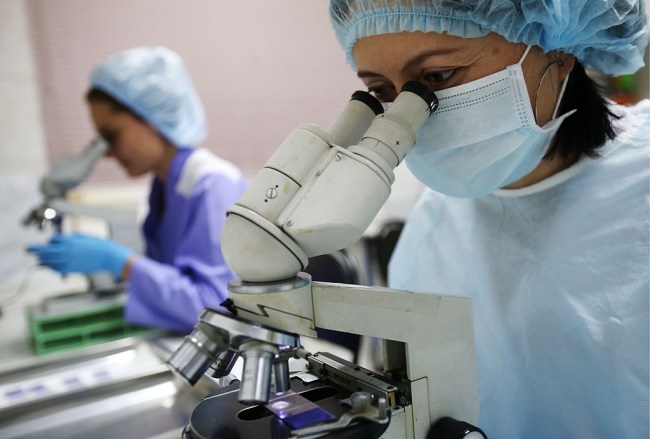 Move over coronavirus, there’s a new virus sending shockwaves through the scientific community. Scientists recently discovered a new virus that has no recognizable genes, making it one of the weirdest viruses.

The mysterious virus is called the Yaravirus, and it was discovered in an artificial lake in Brazil. The researchers who found the Yaravirus named it after Iara or Yara, a beautiful mermaid-like figure from Brazilian mythology that would lure sailors to live underwater with her forever. Her name means the “lady of the lake” or “mother of waters.”

When they sequenced its genome, none of its genes matched any scientists had come across before.

Researchers gave details of the new yaravirus in the biology website bioRxiv.

“Here we report the discovery of Yaravirus, a new lineage of amoebal virus with a puzzling origin and phylogeny,” the scientific paper said. “More than 90% (68) of Yaravirus predicted genes have never been described before, representing ORFans.”

“Yaravirus expands our knowledge of the diversity of DNA viruses,” the researchers wrote. “The phylogenetic distance between Yaravirus and all other viruses highlights our still preliminary assessment of the genomic diversity of eukaryotic viruses, reinforcing the need for the isolation of new viruses of protists.”

Jônatas Abrahão, a virologist at the Federal University of Minas Gerais who was one of the researchers who discovered the yaravirus, said the findings show “how much we still need to understand.”

Professor Abrahão noted that some of yaravirus genes look like those in a giant virus, but at the same time, it is considerably smaller than most viruses.

Elodie Ghedin of New York University said the novel virus has “no matches to reference genomes [in databases].” She added, “We seem to be discovering new viruses all the time.”

A virus is a “microorganism that is smaller than a bacterium that cannot grow or reproduce apart from a living cell,” according to Medicinenet.com. “A virus invades living cells and uses their chemical machinery to keep itself alive and to replicate itself.”

So is this an alien lifeform brought here from a meteorite? A lab-grown virus? Or is it the boring and most likely answer that there is a countless multitude of lifeforms, and humans have only discovered a minuscule fraction of what is out there?