Alyson Hannigan, Like Most Fans, Was Also Ticked Off With Ending To ‘How I Met Your Mother’ 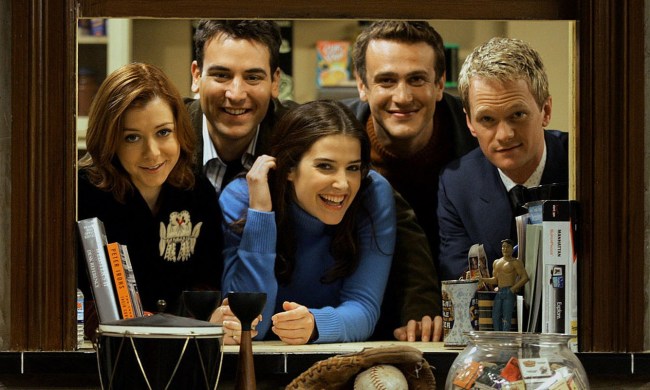 When How I Met Your Mother went off the air in 2014 after nine seasons, people, A LOT OF PEOPLE, were rather upset with the show’s ending. It got so bad that folks on Twitter even went so far as to rename the show “How To Fuck Up 9 Seasons In One Hour.”

Later, when the show came out on DVD there was an alternate ending that still wasn’t as good as it could have been, but it was at least better then the original.

Turns out though, the ending to the show’s very popular nine-year run COULD have been much better, according to Alyson Hannigan.

Speaking to news.com.au, Hannigan dropped these nuggets guaranteed to make fans angry all over again…

Alyson Hannigan, who starred in the series as Lily Aldrin, admitted to news.com.au that even she didn’t quite understand the point of the reformed-playboy-turned-good-turned-playboy-again storyline.

“I didn’t think Barney should have ever gotten married,” she revealed.

But that’s not the only part of the finale she would have done differently.

“I was bummed they didn’t just make it a two-hour season-ender, so they would get to show certain parts [that were cut],” she explained.

“The table read for the finale was so good, so right, but it was also like 14 hours long.

“So when I actually saw the final version of the show, I was like ‘they cut out everything!’”

In fact, Hannigan — who’s headed to Melbourne next month for Oz Comic-Con — believes vital chunks of the final chapter were missing.

“It just seemed too quick. Obviously it was a tear-jerker, but with all the stuff that got cut out it was too fast … like ‘OK, now we’re going to find out the mum’s dead, then suddenly, OK — he’s with Robin now’, and you’re just like, ‘wait, what happened?!’”

She added: “There was a funeral scene [that got cut], and all this stuff that I think the audience needed. They needed that time to process that information, instead of having it slap them in the face.”

That’s right, even one of the stars of the show’s reaction was, “Wait, what happened?!”

Oh well, I guess it could have been worse.