‘There Are No Girls With Good Personalities,’ Plus 14 More Lessons We Learned From ‘American Psycho’ 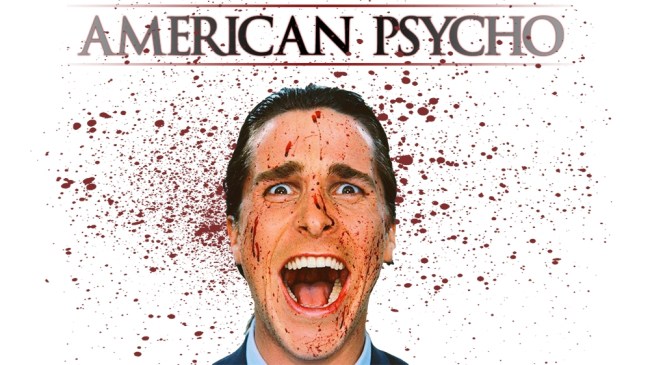 American Psycho is the best first-person narrative written about psychosis that came out of the 20th Century.

And Mary Harron’s brilliant adaption of Bret Easton Ellis’ superficial, capitalistic-driven examination of 1980s Manhattan has haunted viewers ever since release on April 14, 2000. The debate lingers on 15 years later in dorm rooms, in conference rooms and in an upstairs booths at Nell’s with Craig McDermott — was Patrick Bateman’s descent into madness all in his head or was he really playing out these disturbing fantasies?

Certainly, it’s a topic that generates — and spins off — a breadth of other conversations about the time period (in particular the yuppie culture that engulfed Wall Street in the 80s), the use of stream-of-conscious description, and, of course, the sadistic and gruesome manner in which Bateman goes about killing people, which only reaffirms the everlasting impact of Ellis and Harron’s work.

Here are 15 lessons we’ve all come to learn from American Psycho:

While Bateman’s lunacy is indubitable, there’s one trait that separates from his psychopathic peers — he’s never lying. When it comes to admitting what he likes to do, where is interests lie and how he spends his time, he’s never anything but honest.

See here, here, and here. It’s something all bros should try to emulate — well, not the part about dissecting girls, but speaking open and honestly.

From the first time I watched American Psycho to the 257th time I screened it this week, I’ve always envied Patrick’s discipline. It’s really applaud worthy, even for a complete maniac.

The lesson is straightforward: a man with a routine is capable of doing more than a guy who sits around frolicking aimlessly.

Appearance is probably the root theme of both Ellis’ novel so it comes as no surprise that one of the takeaways from American Psycho the film is that a killer outfit goes a long way to deceiving those around you.

One of my favorite lines of the book is, “All it comes down to is this: I feel like shit but look great.” In other words, the cure to a brutal hangover at work: look nice.

One of the things that make Bateman such a terrific character is his elusiveness. He’s never somewhere for long, and I’m sure that was done intentionally.

Whether it’s picking up those aforementioned blood-soaked sheets or dodging nosy detectives, he’s always a step ahead of the game and that’s because he’s always got one foot out the door.

5. Make a Reservation, Wherever You’re Going

While attire and cleverness are important attributes for anyone to equip himself or herself with, you’re not going very far without a reservation. Remember to plan ahead because life is full of roadblocks like the asshole maître d at Dorsia.

6. Be Well-Versed with Weaponry

Nail guns, axes, chain saws — these are all apart of Patrick Bateman’s arsenal.

Obviously our lives aren’t comparable to that of a vicious psychopath, but it doesn’t mean we shouldn’t know how to protect ourselves in case someone can’t control their homicidal rage.

Let’s get through this back half quickly starting with Ellis’ superb music selection and Bateman’s work place activities.

Bateman always has an excuse prepared (videotapes, anyone?) and in case that first one doesn’t work, he has a second one lined up right behind it.

Any monumental moment in life should be celebrated with a slow-burning cigar. Patrick taught me that one at the age of 15…after he murdered Paul Allen.

11. Treat People How They Treat You

As great as this scene is on film, it’s equally as pulsating and effective in the novel. Again, the lesson is pretty clear: keep your expectations of other people low and you won’t be disappointed.

Cheers to one of the most classic break up lines in movie history. Well done, Patrick.

Bateman’s journey can really be broken down into two driving forces: desperation to blend in with the crowd to mask his madness and an ironic (almost counterintuitive) impulse to create an identity, even though he doesn’t know exactly what it that might look like or how it would be viewed by others around him.

14. Show Off Your Hard Work

First off: “Sabrina, don’t stare at it, eat it!” might be the greatest direction ever provided by a filmmaker.

Secondly, if you workout as hard as Patrick Bateman, then it’s totally fair to flex your muscles, point at yourself in the camera and overall act like a mega douche. I see absolutely no problem with this behavior.

What, did you think I was going to forget about Bateman’s boys? Hell no, these bros are some of the best side characters ever to exist. This is one of the funniest conversations ever and a critical scene in this true magnum opus.