Much to the delight of many, the script for Deadpool 2 is underway. The movie is expected to live up to the original, according to T.J. Miller, who said that he was laughing so hard at the script that he dropped his iPad in a public restaurant. But, that’s also coming from the guy who was stoked about The Emoji Movie, and, well…

The marketing savant that is Ryan Reynolds recently unveiled the first photo of newest Deadpool mutant and X-Force staple Domino, played by Atlanta’s Zazie Beetz. According to The Wrap, Domino is a former mercenary turned member of the X-Men and has the ability to manipulate probability via her exceptional marksmanship.

Some people just know how to work a red carpet. #Domino #DeadPool2 pic.twitter.com/llCc8JfKT6

Deadpool 2 will also bolster its cast by adding Josh Brolin as Cable. The 49-year-old Brolin has been sharing his secrets to getting jacked for the role on social media, cutting out sugar, breads, pastas, and drugs from his diet and replacing them with fish, rice, eggs, veggies, and water.

But back to Domino… 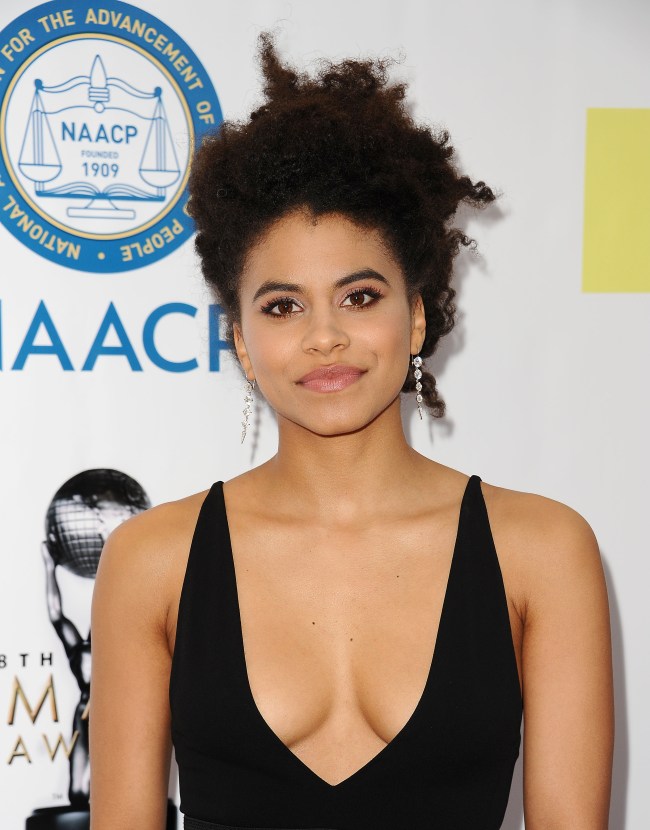 Ya, this is a must watch.