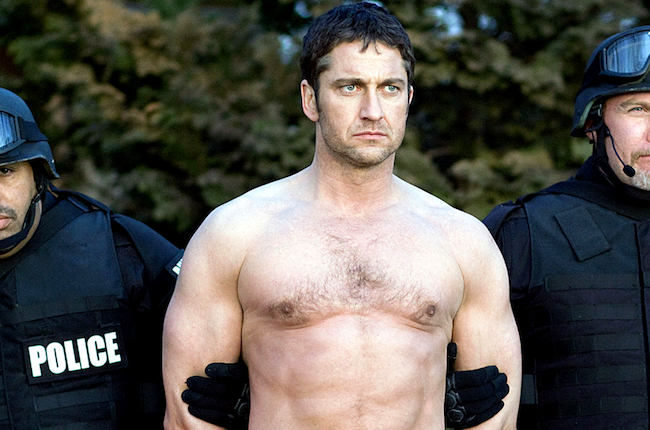 In 2007, Gerard Butler got shredded to play King Leonidas in the epic film “300.” It seems as though the 49-year-old Scot has been ripped ever since he played a spartan.

Butler’s physique has changed slightly over the years – age will do that to everyone – and so have his workouts.

“These days when I train with Gerard, we’re not really trying to bulk up for a particular role,” Joe Dowdell told Men’s Health. “More or less looking for body composition-type training, like maintaining lean muscle mass, sort of decreasing some body fat.”

Dowdell, an NYC-based trainer, has been working with Butler since 2003.

Dowdell told MH the training usually consists of full-body workouts on every other day.

Here’s a quick rundown of Butler’s workout for the new film “Angel Has Fallen.”

Butler’s workouts consist of two supersets, a triset, and a metabolic finisher on a bike.

For a complete rundown of the full body workouts, head over to Men’s Health.