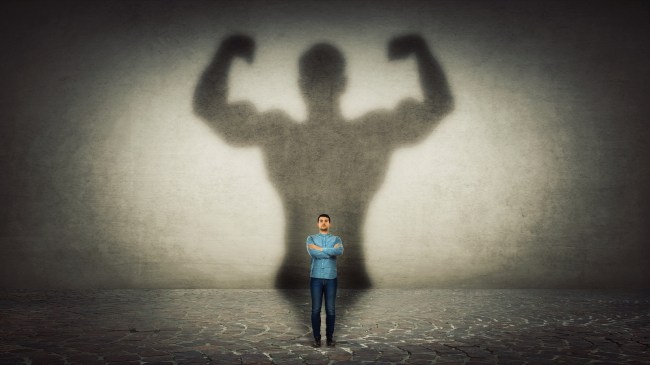 Want to look like a superhero this summer? You’re in luck.

For over 20 years, celebrity trainer and HALO Sport ambassador, Don Saladino, has coached actors, athletes, musicians, and titans of business. He’s responsible for sculpting some of Hollywood’s most coveted physiques.

From Ryan Reynolds and Liev Schreiber, to Hugh Jackman and David “Hellboy” Harbour, Saladino is the guy the stars turn to when they went to transform from Clark Kent into Superman.

Saladino sat down to give us a couple of the exercises he uses to turn celebrities into screen gods. Here are some of his favorite moves.

It took some work to make Hopper from “Stranger Things” look like the fantastic beast from hell.

Here’s one of the staples from David Harbour’s intense Hellboy workouts.

“It is probably the most underutilized tool,” he explains, “but it makes everything in the body work hard. It’s so specific to what we do every day yet, you hardly see people doing them.”

The Murph Challenge is named after U.S. Navy SEAL LT. Michael Murphy. Murphy died on June 28, 2005, at the age of 29 in Kunar Province, Afghanistan while serving his country.

Before he died, Murphy designed an arduous workout:

Complete the entire routine in the least amount of time as possible.

Do Hang Leg Raises To Get A 6-Pack Like Deadpool

Hanging oblique knee raises work to build the abs from the hanging position, improves grip strength and scapular stability, and targets the obliques [the side of your abs] instead of the rectus [the front of your abs].

“It’s simple to perform,” Saladino shares, “but it’ll work a ton of muscle groups and leave your core burning.”

Do Trap Bar Deadlifts From Legs As Strong As Shazam

Most Importantly, Remember To Stay Hydrated

Hydration is key. Saladino suggests not just chugging water during your workout, but to include a drink like HALO Sport before, during and after your done.

The trace minerals help keep the body running efficiently and it’s also a quick and easy way of getting vital electrolytes and antioxidants back into your system.