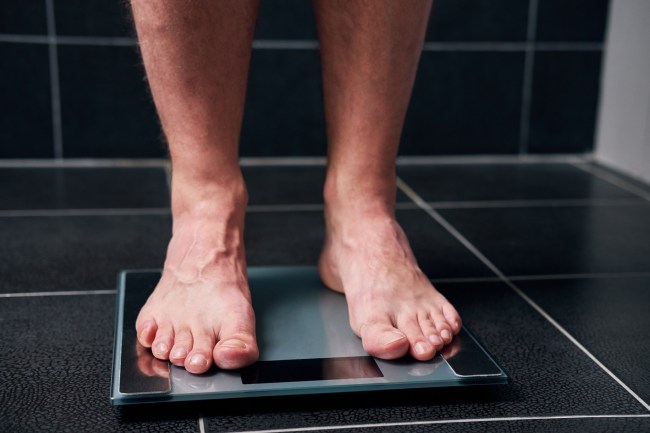 If you’re struggling to find motivation or dropping the ball on your New Year’s fitness resolutions, Angel Diaz’s story is almost guaranteed to boot you in the flubbery ass.

The 32-year-old Texas man has always been big, but after getting married and having two children, diet and fitness weren’t exactly a top priority. Before long, Diaz ballooned to the heaviest he’d been in his life: 405 pounds. 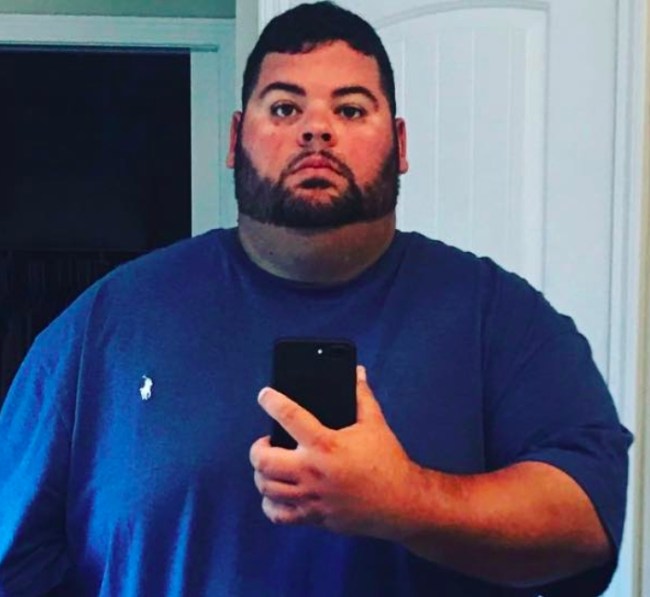 Diaz spoke with Men’s Health about his progression, both physically and mentally.

“I don’t drink or smoke, however, my diet was absolutely horrendous. I have never cared for vegetables and have always just eaten what tastes good. My diet consisted of pizza, fast food, sweets, and basically anything that tasted amazing.”

Diaz’s deplorable health habits came to a screeching halt one random day with the buzz of a phone. A close friend sent a group text message asking Diaz if he was considering getting bariatric surgery, which consists of medical procedures aimed at reducing the size of the stomach. The most common bariatric surgery is gastric bypass, known as the ‘gold standard’ of weight loss surgery.

Nonetheless, Diaz was mortified that his friend blasted him to entire group, but knew that the text was strategic.

“I remember when I saw the group text thinking, ‘Why is he asking me this? Why is he over there thinking about my weight?’” he said. “I’ve always known I had a weight problem and an eating problem, but it was something that seemed so hard to overcome a second time that I tried to just avoid it.”

At the time of the text message, Diaz was 31 years old, over 400 pounds, and beginning to worry about his mortality.

“I was running out of time and I couldn’t continue to run from my weight problem,” he said. “If I didn’t do anything about it, there was a good chance I wouldn’t live to see my two kids grow up and I’d leave my wife to face life alone.”

Instead of looking into surgery, Diaz proposed a bet with the close friend who put him on blast. He had one year and lose the weight under his own willpower. If he lost, he’d go in for a consultation with a bariatric surgeon.

On February 5, 2018, Diaz began a complete restructuring of his lifestyle. He began to incorporate vegetables and lean meats into his diet and only ate foods that “served a purpose.” He tracked every calorie that went into his body (capping his calorie intake at 1,500 a day) and cut out artificial sweeteners and processed foods.

After six months, with just his diet change, Diaz lost over 100 pounds.

Then came the workout regiment, which Diaz was petrified of because this would mean he would have to join a gym, which was unchartered territory for him.

“As such a big guy, I was certainly afraid of people staring or watching me and critiquing everything I did,” he said. “It ultimately was the best decision I made, as I have grown to love strength training. I am in the gym five to seven days a week and sometimes twice a day.”

Flash forward to today, and Diaz weighs 219 pounds, 186 pounds down from his heaviest. He’s still 20 pounds out from his goal of 199 pounds, but his weight now is just a byproduct of better, healthier life.

“I have definitely noticed a huge difference in my self-esteem, self-confidence, energy levels, and ability to focus,” he said. “It has also affected my mental health and reduced anxiety that comes with being morbidly obese. It has also encouraged me to focus on being a better person, parent, and husband.”

Diaz’s advice for anyone who may be in the same rut as he was:

“Focus on the day in front of you, and that is it,” he said. “It is easier to challenge yourself to eat healthy for only one day.”

God this stuff always JACKS ME UP! Congrats to Angel Diaz.