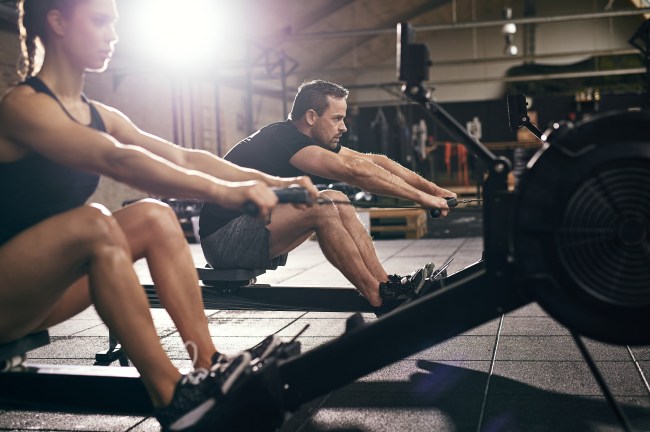 As it turns out, the Winklevoss twins Chad and Brad (probably) may have been onto something with the whole rowing thing. Boutique rowing studios are starting to resemble the foundations of the wildly popular stationary bike studios like SoulCycle and Flywheel Sports and may be your girlfriend’s new obsession in 2018.

And according to a doctor, former Olympic rower, and two-time world silver medalist, rowing is the “most time efficient total body workout” one can do.

Dr. Cameron Nichol knows all too well that rowing’s popularity hasn’t matched its workout effectiveness because people do not feel confident they are doing it right.

“As a rowing industry we’ve known for decades that we’re responsible for not communicating how to row well. It’s a really valuable movement, but the problem is we don’t grow up with it, whereas we do running and cycling.”

Nichols hopes to help educate the masses with RowingWod, an instructional site containing several workouts of varying difficulty. From the looks of the instructors, I think rowing is the way to go.

He even set out to prove that rowing is a more effective use of one’s time than running or biking in an experiment at the University of Roehampton that compared the impact of running on a treadmill to rowing.

Two athletes of similar fitness profiles worked out for 20 minutes on each exercise, and output metrics were taken using electrodes.

The results: the treadmill won the calorie burned count–350 to rowing’s 300, but rowing reigned supreme in the ‘muscle activation’ measurement. Nichols tested this by determining how much electricity was going through each muscle group during the workout, or, how hard and how fast those muscles are working.

Nichols and his team found that rowing activates nine muscle groups and 85% of the body’s musculature, Business Insider reports. Rowing works your upper and lower body, your back, and arms.

Maybe next time I’ll give the rowing machine a shot. Gotta get a gym membership first though.