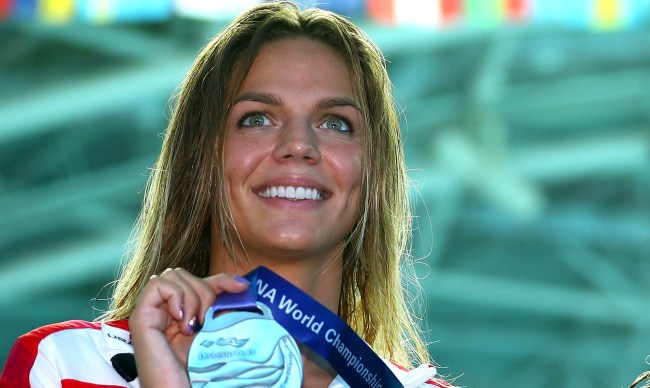 Anyone out there remember Yuliya Efimova? From the 2016 Summer Olympics? You know, the Russian swimmer that got put in a body bag by Team USA’s Lilly King for doping? All coming back to you now?

Either way, the now 28-year-old Efimova won silver medals in the 2016 Summer Games in the 100 and 200 meter breaststroke and has twice been named the Russian Female Swimmer of the Year.

Something else that’s not too shabby is how ridiculously strong her core is, as evidenced by an Instagram video she shared early Thursday which shows how she maintains that crazy core strength even when a swimming pool is not available.

Related: The 13 Best Rowing Machines Under $500 To Help You Get That Full Body Workout You Desire

“Everything that’s old is new again! Grab a couple of swimming exercises on dry land. Don’t be sad and don’t get ill. PS I swim better than I talk and film the video, and on dry land – only so so. On the bright side I’m always positive,” Efimova captioned the video.

I’d always be positive too if I could do this…