Working Out Regularly Could Lead To $25,000 More Per Year In Salary, According To Study 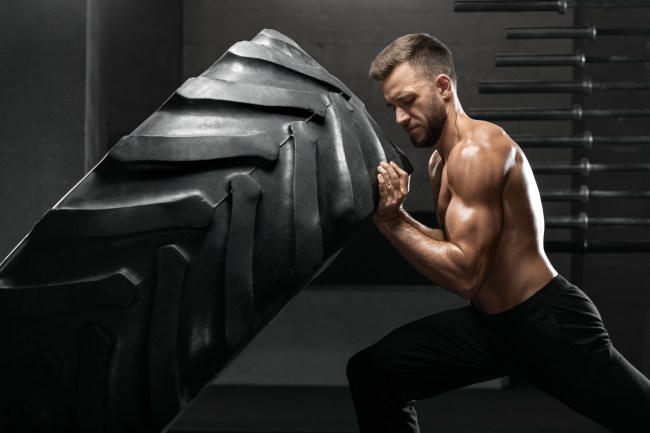 Working out is crucial for a ton of reasons — like having both physical and mental benefits — but could doing it regularly actually impact how much money you earn at your job? As hard as it might be to believe so, a new study claims that it absolutely can, meaning it’s time to drop the junk food and hit the gym more often if you’re looking for more cash.

According to The Ladders, a study was conducted by OnePoll on behalf of the fitness app Freeletics, and it surveyed 1,000 people who regularly exercise and 1,000 people who sometimes or never exercise. The results? The ones who were working out more frequently earned as much as $25,000 more per year in annual salary than those who didn’t, with the study finding that the gym rats were making about $74,000 per year on average versus just $49,000 of those who didn’t. That’s a serious discrepancy.

Want to know something even crazier about the study and how working out can increase your annual salary? The results also showed that the type of workout a person’s regularly doing impacts things as well, with the study showing that people who do low-impact or intensity workouts making an average of $54,000 per year, while high-intensity exercisers earn about $83,000. For those middle of the road folks, a healthy $67,000 annual salary was found among participants.

After seeing the data, here’s what Daniel Sobhani, CEO at Freeletics, had to say about some of the results:

“The survey findings are a strong indicator that people now feel the holistic effects that fitness can have on their lives and not just their bodies,” says Daniel Sobhani, CEO at Freeletics. “It goes a long way beyond perfect abs and gym selfies – fitness has the power to unleash people’s true potential and help them in all aspects of life, giving them the confidence and willpower to achieve what they’ve always wanted to and to get more out of life.”

So why does working out — and the intensity with which one does so — impact salaries at work? A lot of it comes down to motivation, perseverance and the ability to overcome adversity by pushing oneself in the office like he or she would in the gym. It’s part of the mental benefits of working out.

Sobhani continues: “If we look more closely at the mental effects that fitness has, we can even see that those who exercise regularly were also more likely to rate their own happiness level a 10 out of 10 than those who don’t exercise. This truly underlines the fact that the positive effects of exercise go far beyond the purely physical aspects many focus on.”

Exercising might make you feel good about yourself when you get those rock hard abs and toned arms or legs. But, outside of the physical benefits and impact working out has on your body, the confidence and mental benefits are much more advantageous, so you might not want to skip gym time as much as you used to.

While we’re all busy and find excuses not to go to the gym, the fact that a person could, potentially, earn more money at work by working out — as well as, per the study, be more sociable and positive, with regular gym rats being more optimistic and outgoing than those who didn’t workout as often — it’s time to start sweating a little bit more by pushing yourself a little harder.