Not Working Out For Just Two Weeks Causes Some Serious Bodily Damage, Per New Study 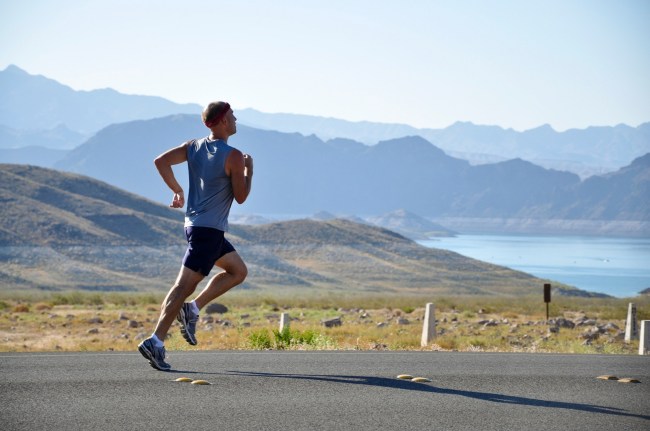 Working out is important for a ton of reasons, we should all know that by now. Not only does it help with the physical side of things, but it also bring major league mental benefits, too, helping to reduce stress and anxiety. For those reasons alone, finding the right workout routine is important — especially as we get older.

Thing is, nowadays, we all seem to be way too busy to do anything we actually like, always coming up with some bullshit excuse for not doing stuff to clear our minds and live that whole work-life balance thing. Sadly, in most cases, working out is one of those things that gets pushed aside; but, thanks to a new study from a researcher at Newcastle University and the University of Liverpool in the United Kingdom, it might be time to rethink that.

We all know that falling out of a fitness regimen can impact your body in plenty of ways, but the new study — led by Kelly Bowden Davies, a lecturer at the aforementioned universities — shows just how quickly that can actually happen. That’s because, according to the findings of the research, just taking off two weeks from working out can cause serious health problems; and this is for those who are in shape, not already overweight or unhealthy people.

Here’s some of what the research showed, per UPI:

That means that, if you’re headed somewhere for a two-week vacation, you might want to pack some gym gear, otherwise you’ll really come back from the trip looking (and feeling) a lot differently than you did when you left; especially if you tried pushing yourself prior to traveling.

In order to get the results, Bowden Davies and her colleagues recruited 28 healthy, regularly active adults; 10 of which were men. The average age of the study volunteers was 32, and their average body mass index was just over 24. A BMI under 24.9 is considered normal weight.

Following the results, Bowden Davis discussed what her and her research team found; and it’s that working out needs to be done on a regular basis, if even just for 10 minutes to walk somewhere.

“The study showed that two weeks of reduced physical activity — from approximately 10,000 steps per day down to 1,500 per day — caused changes in health markers that are associated with type 2 diabetes and cardiovascular disease.

“Even subtle increases in activity can have a positive effect on health. Moving more and breaking up sedentary activity is encouraged.”

She also dropped some encouraging news, though, saying that the body usually bounces back quickly once a person resumes working out.

“It’s important to note that when people resumed their normal activity levels after this period, the negative health changes were reversed.”

So, while we all think we’re way too busy to do anything but work, drink and Netflix and chill, working out should absolutely be on your to-do list as frequently as possible, because, even if you’re in shape (or normal weight, in this case), you could be doing your body a lot of harm by skipping the gym regularly.