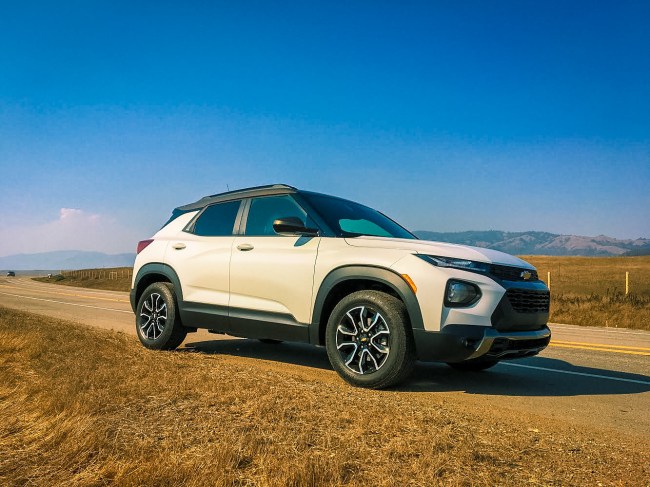 Somewhere along California’s central coast there’s a pack of wild zebras, and I’m determined to find it.

Set free from William Randolph Hearst’s zoo in the late 1930’s, the zebras, all 120 of them, roam the hills near San Simeon, only occasionally revealing themselves. Fortunately, I’ve found the perfect camouflage in the 2021 Chevy Trailblazer Activ, which pairs its white exterior with touches of black on the wheels, grill, skid plate, and roof. It’s the perfect disguise for cozying up next to a pack of wild animals native to the African savannah.

As the legend goes, Hearst, the eccentric billionaire who served as the inspiration for “Citizen Kane,” released his zebras in 1937 amid financial troubles. Rather than selling them off, Hearst simply set the zebras free, and for the last 80-plus years, they’ve survived and thrived, living amongst the cows and horses that graze the central coast.

I had to go see for myself. 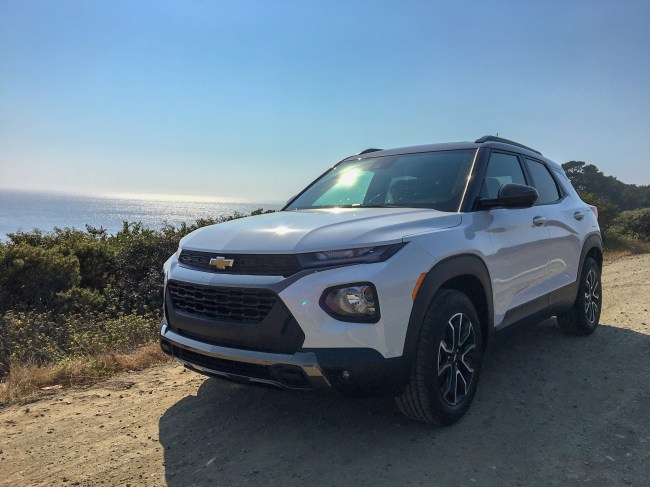 Taking off from LA, it was a slow crawl up the 101 and into Ventura county. With holiday drivers out in droves, this trek to see the wild zebras of California is a bit of a waiting game. Fortunately, I’m not burning too much gas while stalled out on the highway. Averaging 30 mpg on the highway and 26 in the city, the 1.3-liter 3cyl Turbo CVT engine is fuel efficient. And besides, the Apple CarPlay touch screen system is cranking with tunes to make the beginning of this voyage a bit more tolerable.

As traffic starts to dissipate after Santa Barbara, I’m able to crank the engine a bit, and for a car that only has 155 horsepower and 174 lb.-ft. torque, the Trailblazer Activ has quite a bit of kick, firing up to high speed right on command.

Rather than attempt to push the limits of the Trailblazer, I find a comfortable cruising speed and stick with it all the way to the San Marcos Pass. At that point, it’s time for a little fun, gunning it up the hills, careening along with the winding roads.

Somewhere between an SUV, a crossover, and a sport wagon, the Chevy Trailblazer definitely makes good on its outdoorsy vibe. It’s most likely due to the dual-pane panoramic power sunroof, which brings the sky overhead just a little closer to the driving experience. 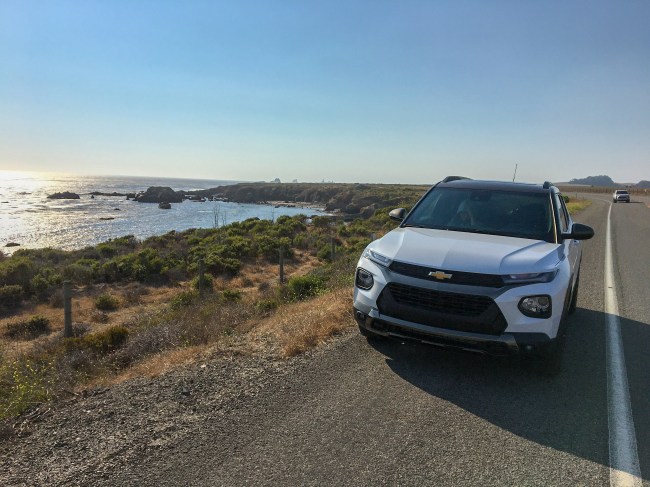 Now driving through San Luis Obispo, I hightail it over to Highway-1, the most beautiful road in America, maybe even the world, for this final stretch to San Simeon. Cruising past idyllic beach towns like Morro Bay, Cayucos, and Cambria, I recall all the times I’ve driven this way. Sure, I may not be finding new roads on this adventure, but I am finding new zebras, of that I’m sure. And with that optimism and foresight, I slowly approach the Hearst Castle, driving well under the speed limit to keep an eye out for escaped wild animals.

Unsure if zebras are likely to get spooked by the presence of humans or an automobile, I’m convinced that the Summit White / Zeus Bronze Metallic two-tone roof is unassuming enough that the animals will think it’s just another escaped zebra, one from another locale. It’s a wild and completely improbable theory, but on this day, my obscure train of thought delivers results.

Just a few hundred yards south of the Hearst Castle, I spot a pack of zebras in all their glory, casually grazing in the fields. 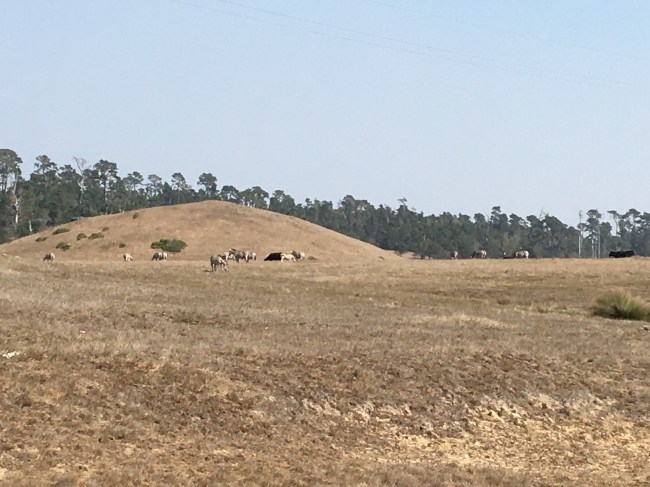 It’s a total miracle. It’s one of the most amazing things I’ve ever seen. These magnificent beasts have been completely removed from their natural habitat, and yet they thrive in the wild. Clearly it’s because the climate of central California is habitable, but also because mankind has left these zebras alone, allowing them to live in peace.

There’s no metaphor here, nothing that can compare the drive to this incredible experience. But I wouldn’t have made it if not for the 2021 Chevy Trailblazer Activ, and maybe that’s no mere coincidence.