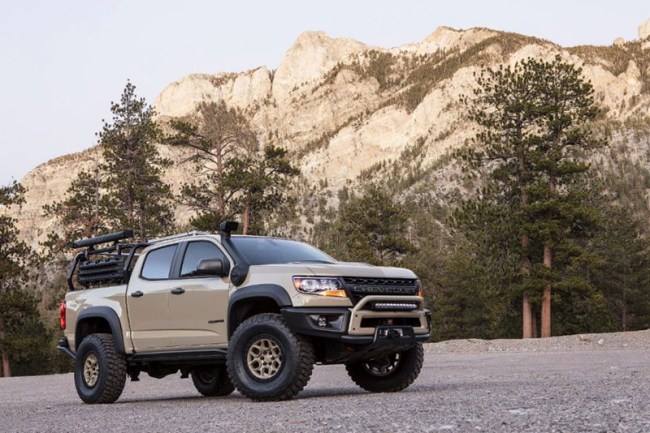 Underneath features complete underbody skid protection. You are ready for whatever the wilderness throws your way because this customized Colorado can be equipped with a Hi-Lift Jack, Warn winch, MAXTRAX, ARB fridge/freeze, Alu-Box storage cases, NATO-style fuel cans, and a James Baroud awning. Inside the cabin, you get tech improvements such as 4G LTE Wi-Fi, Apple CarPlay, Forward Collision Alert, and Lane Departure Warning.

“Colorado can play any way you want,” said Jim Campbell, U.S. vice president, Truck Strategy, Performance Vehicles and Motorsports. “The work with AEV and Hall Racing acknowledges the strengths of our midsize platform, with both SEMA entries showcasing the versatility that’s already made Colorado a resounding success.”

“Colorado has reignited the midsize segment with class-exclusive features and performance,” “Some customers want even greater capability, and the ZR2 AEV concept and ZR2 Race Development Truck showcase the efforts we’ve made to explore how owners can get even more from their trucks.” Getting off the grid has never been so easy. “Our collaboration taught us that Colorado makes a great platform for building an off-road truck that can take you as far out as you want to go, safely,” said Dave Harriton, AEV’s founder.

As the name suggests, this is currently a concept, but it very might be the next special edition package that Chevy offers. Speaking of concept trucks, check out the Luke Bryan Suburban Concept, designed for plenty of space for fishing rods, tackle boxes, and camping gear.

In case these two concept pickup trucks never happen, you could always get the newly-designed 2018 Colorado ZR2 Midnight and Dusk Editions, that are awesomely designed vehicles. 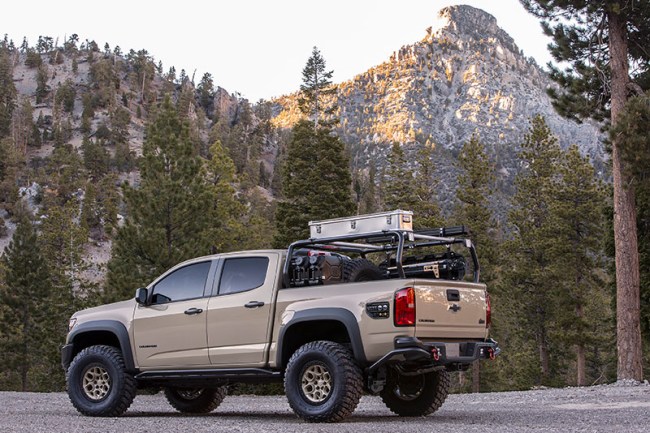 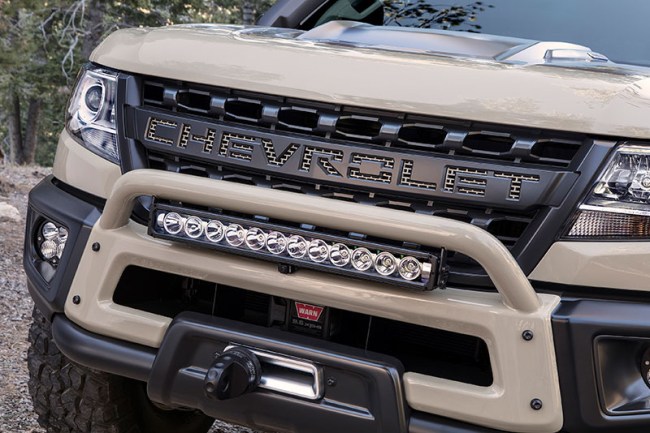