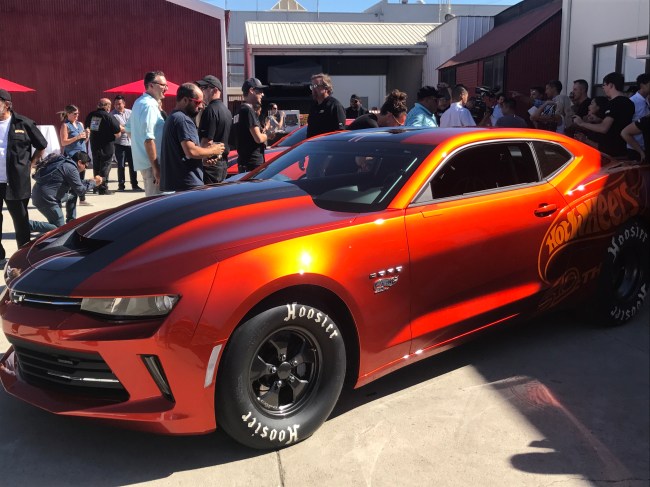 Nintendo, Transformers, Teenage Mutant Ninja Turtles, Nerf, Super Soaker. Every ’80s and ’90s-born millennial spent countless hours with these toys. But nothing is quite as iconic as Hot Wheels, the die-cast racers that span generations at this point. During the years when Jordan was in his prime, my dad, brother, and I raced our dozens and dozens of Hot Wheels on orange rubber tracks that we snapped together in our basement, complete with loops and ramps to jump them through the air. It was the best.

2018 will be Hot Wheels’ 50th anniversary. Matchbox originally created 16 cars, including some of the most definitive muscle cars of the era: the Mercury Cougar, the Plymouth Barracuda, the Pontiac Firebird, the Ford Mustang, and the Chevy Camaro coupe. To celebrate a half-century of bicep-flexing, die-cast excellence, Chevy teamed up with Hot Wheels to unveil a special Hot Wheels 50th anniversary edition of the Camaro.

According to a Chevy press release, the Custom Camaro was actually the first Hot Wheels vehicle released in 1968. It came in 20 color combinations, with Gold and Creamy Pink being a huge, Antiques Roadshow-worthy collectible. Original 1968 Custom Camaro Hot Wheels still in the packaging are going for $2500+ on eBay right now.

Anyway, the new drivable, real-life 2018 Camaro Hot Wheels is fire orange with two black stripe, like a proper Camaro should be. 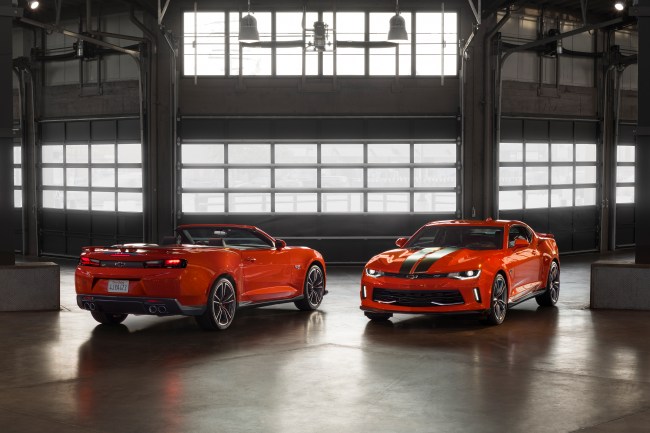 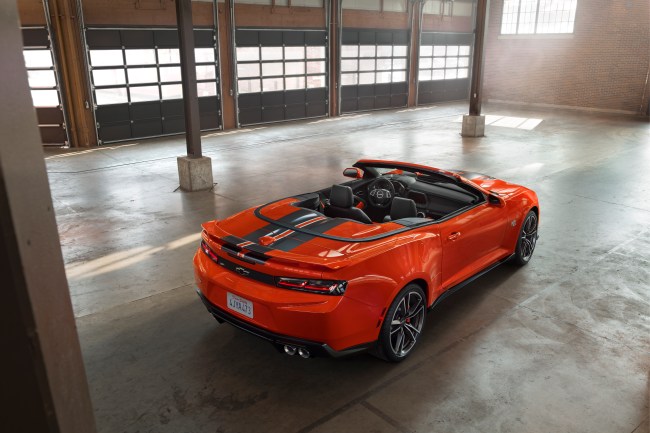 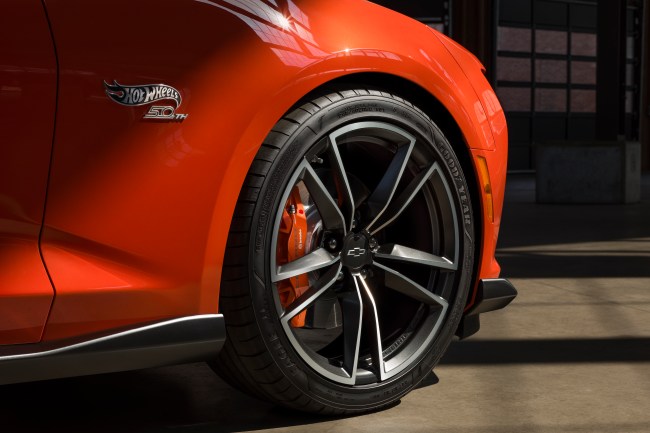 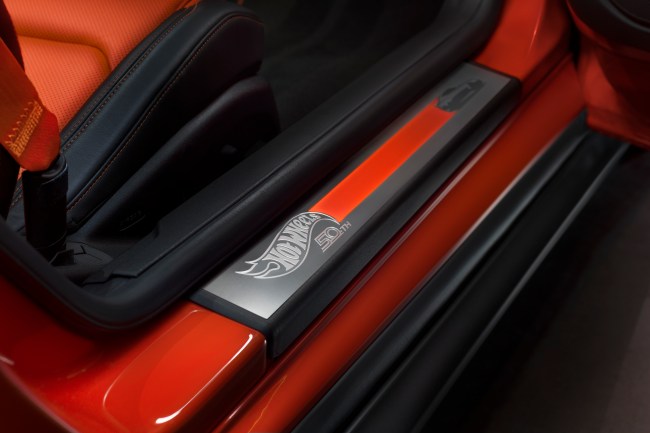 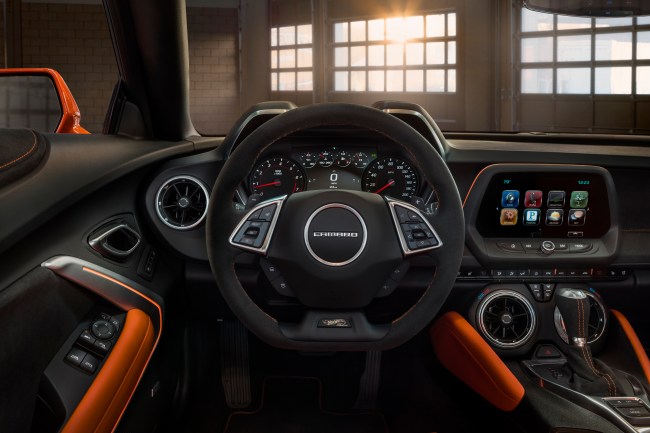 On that same note: Chevy unveiled the new Hot Wheels 50th AnniversaryEdition of the Camaro at an event in Los Angeles earlier today. It will be on display at SEMA in Vegas next week. Also cool: An extra menacing, herculean version of the Hot Wheels Camaro is being inducted in the Hot Wheels Garage at LA’s Automobile Driving Museum. The flame-trim is fuego.

I got to hear it pound it’s husky V-8 chest in the 100-degree LA heat. It’s nothing short of spectacular:

The new 2018 @Hot_Wheels x @chevrolet Camaro #sema collaboration is here and it's 🔥🔥 pic.twitter.com/RE9JITF2yX