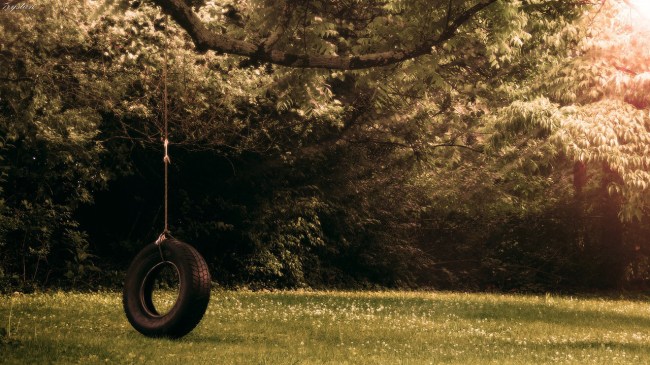 They say the grass is always greener on the other side of the fence, but don’t tell the four in ten American homeowners striving to make their yard the best one in the neighborhood.

A new study of 2,000 homeowners examined just how competitive people get over their front yards and found that the average person would even spend nearly a grand ($912) if it meant their outdoor space would automatically be the finest in the neighborhood.

The survey also revealed that there is a healthy spirit of competition among neighbors in America to have the best yard/outdoor space, with nearly half saying their neighborhood gets a little competitive on the matter.

The study, conducted by OnePoll on behalf of Yard Force, showed that the competition can take toll, with 77 percent saying they feel pressure to keep their yards/outdoor spaces in tip-top shape.

So much pressure in fact that homeowners say they spend five hours every week in the warmer months working and toiling in their yard.

They also shell out $969 every year just on their yard/outdoor space on things like landscapers, ornaments, and patio furniture.

When it comes to neighborly yard competition, the lawn is the biggest aspect neighbors have a rivalry over (34 percent), with the flower displays (30 percent), and having the cleanest driveway (22 percent) rounding out the top three.

“We found the results of the poll insightful and confirmed our focus on developing products that today’s homeowner is looking for to achieve their goals,” said John Plocic, President of Merotec USA and Yard Force products. “Understanding that keeping your yard and gardens beautiful is rewarding, we focus on innovation in our tools and equipment to increase productivity and produce quality results.”

But for most homeowners, yard work isn’t exactly work, as four out of five homeowners find it to actually be therapeutic, and 53 percent say it’s rewarding.

Not every yard work chore is a blast though. Pulling weeds was voted the least enjoyable chore (61 percent), with weed whacking coming in a close second (55 percent).

Conversely, planting flowers/plants was voted as the most enjoyable chore (77 percent), with watering them coming in second (70 percent).

Whether you like yard work or not, getting to use the equipment can just be a old-fashioned good time. 63 percent of homeowners say they’re happier to do a chore if there’s a tool or some equipment involved. But they’re not without their drawbacks. 42 percent of homeowners report they feel a bit environmentally guilty using some of it. Nearly half are worried about their water usage (41 percent), and another 28 percent say spilling oil or gas has concerned them in the past.

However, it appears homeowners are ready to adapt a greener approach, as many as 79 percent say they’d much rather use battery-powered tools as opposed to gas-powered ones.

“Our 120v lithium-ion battery mower has the power and runtime of a gas mower without emissions and the smell and mess of gas, and other than cleaning and sharpening the blade there’s no maintenance needed – ever,” Plocic continued. “Using a pressure washer to clean your deck, furniture and car uses 87% less water than a garden hose with a standard nozzle. We’re committed as much to the environment as we are to our customers. Clean and Green in 2018.” 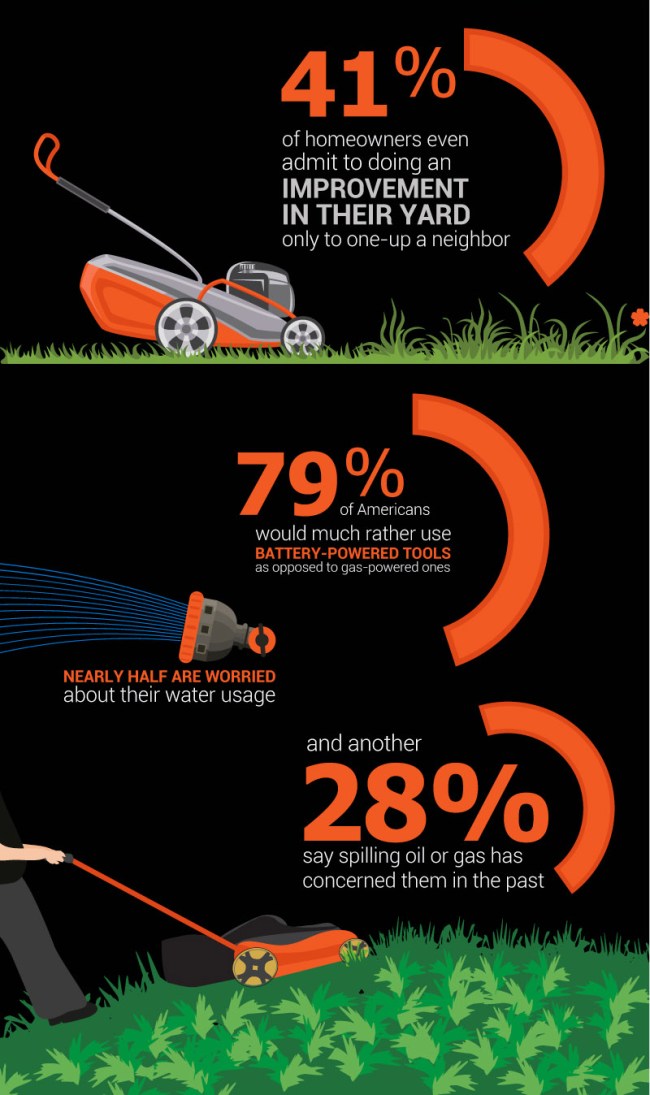