Sega Unveils Mega Drive Mini, A Fun-Size Sega Genesis That Will Bring Back The ’90s 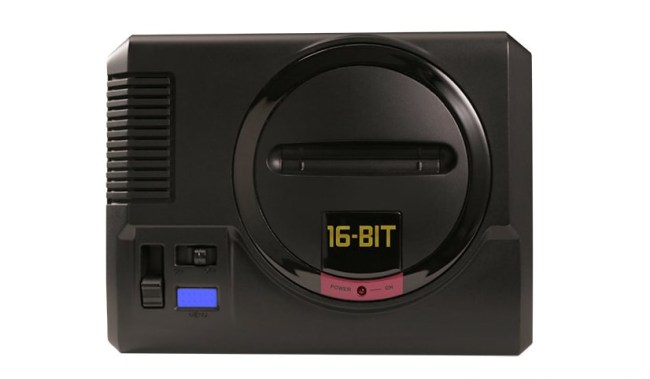 Everything old is new again. Whether its dad shoes from the 80s or Matrix phones from the 90s, products from the past are in high demand right now. The newest old school product revived is the Sega Mega Drive Mini, a miniature Sega Genesis.

At Sega Fes 2018, the Japanese electronics manufacturer unveiled their latest console, which is a throwback to one of the early and great gaming consoles. This 16-bit fun-size console pays homage to the Sega Genesis that launched in 1988, but it is much smaller. Fun fact, the Sega Genesis was originally named the “MegaDrive.” Sega will attempt to capitalize on the current love of all things nostalgic, much like the success that Nintendo has enjoyed with the NES Classic and the SNES Classic.

Sega has been dormant in the video game console business after the failure of the Sega Dreamcast in 2001. The Sega Mega Drive Mini launches in Japan later this year to celebrate the 30th anniversary of the Sega Genesis. If all goes well, you can expect the Sega Mega Drive Mini to come to the United States. Sega did not release the price, features or even which games will be included. Sega actually already has a video emulator on the market called the AtGames Sega Genesis Flashback HD. The Mega Drive Mini will be “powered by the latest AtGames technology” according to AtGames.