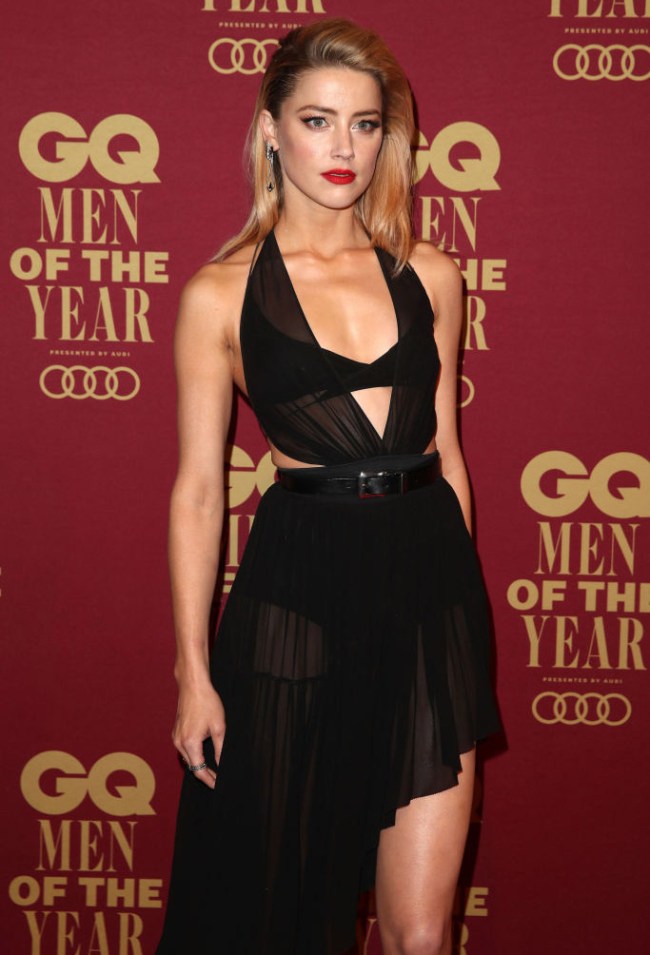 On Thursday, we told you guys that Gal Gadot, much to our delight, had been named “Woman of the Year” for 2017 by GQ and we shared some of her interesting interview, a funny video she shot, as well as some pics they took as part of the honor.

Today, we are happy to inform you that Amber Heard, another soon-to-be star of the DC Comics movie universe, has been named “Woman of the Year” for 2017 by GQ Australia.

That’s right, Australia. The same country that forced Heard and her then-husband Johnny Depp to make an apology video for sneaking their dogs into the country which looked like they were being held hostage.

That bit of irony was not lost on the 31-year-old actress as during her acceptance speech Heard joked that she was accepting her award “on behalf of my dogs?”

In an interview with GQ editor Mike Christensen, he asks, “Given what you’ve been through, is it difficult to appreciate that you’re a role model to young men and women?”

“I feel incredibly fortunate that I’m in a position where I could be of any help. At times it’s a burden to consider that your life is no longer just yours and it’s not private. It can be hard to know that you can’t function in full—that anonymity is no longer a valid goal and that your actions and words, whether they’re done on a red carpet or in the most intimate corners of your personal life, to know that those aren’t fully yours anymore. That’s a difficult realization to come to when it does hit you. It’s severe but you grow and move on from that, and on balance, I take into consideration all of the incredible fortune I have being in this position. It’s hard to stay mad at it for long.”

And here’s another interview Heard did on the red carpet for the event where she discusses, among other things, all the Hollywood abuse allegations and Australia’s Yes decision on marriage equality.

Oh, right, there was also, just like with Gadot, a photo shoot that went along with her honor of being named “Woman of the Year” as well as some pics and video from the event itself.

Can’t wait to see how she does as Mera. By the looks of things, she’s going to be pretty badass, especially if Jason Momoa had any say in it.