Insane 100 Person Brawl Breaks Out At A Bar In England, Demonstrating The Dangers Of Sausage Fests

The biggest sausage fest of all-time has been documented on camera, and it occurred late Saturday night in the English town of Trowbridge.

One of the sausages who was present for the brou-ha-ha was 22-year-old Nick Smith. He told The Sun:

“Everything is a blur because it happened so quickly.

“I was walking to the bar when everything just went mental.

“The last thing I remember is being punched in the eye and then being bottled.

“I’ve got a slashed eye and two lumps on my head.”

Here’s a photo of Nick in the hospital, who took a bottle to the melon. 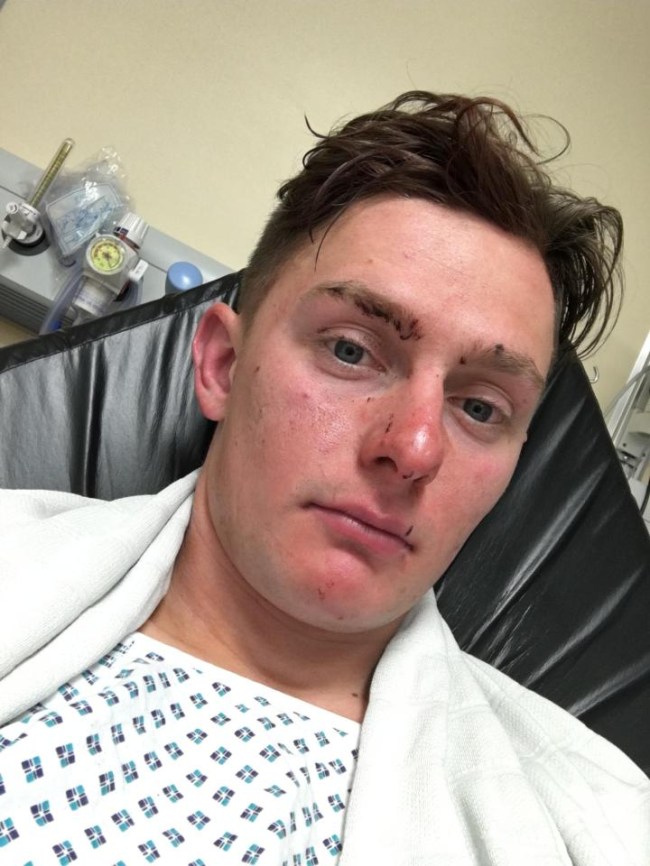 Although the cause of the fight has not yet been determined, Tommy Arkle, the man who filmed the footage, said he thinks the melee started between three guys and then turned into a free-for-all.

This is a grim look at life if one day we all woke up and every woman on the planet disappeared. All the dudes on Earth would just go to the bar in sweatpants, get blind drunk, and take their frustrations out on each other’s faces. To all the women out there reading this, please resist the urge to get sucked into the underworld. Thanks.