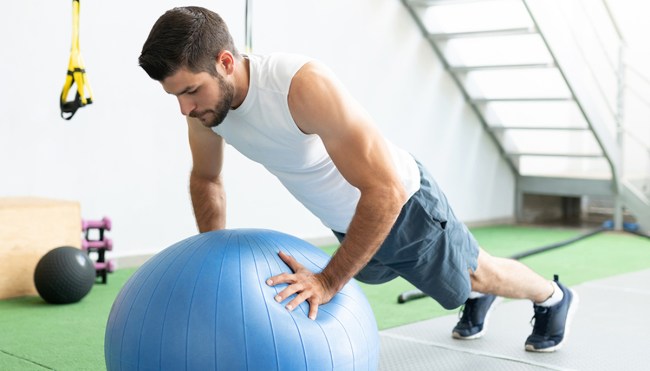 Training abs is the last thing I want to do in the gym. Not because I’m some delusional jackass gym bro who thinks that squats and deadlifts are all I need for abs. Those people are the worst.

I just hate training abs because it’s boring. It’s not fun, and for the most part, ab exercises all suck. Plank for minutes at a time? No thank you.

But lately, I have been doing a few ab exercises that I’ve enjoyed, one of which I want to share with you good bros today.

The ab exercise known as “Stir The Pot”

Stir the pot is an ab exercise that I’ve known about for a while, but I didn’t really start incorporating it into my programming until recently. Why? Because I’m a dumbass and I should’ve started doing these a long time ago.

Why you need to be stirring the pot.

For as much as I like to hate on them, planks aren’t a terrible exercise to build core stability. Stirring the pot takes that benefit and makes it even better, by getting you into a similar position to the plank.

But because you’re dealing with the instability of the ball your abs have to work harder to keep you from rotating, flexing, or extending too much. Exactly what they were meant to do.

Along those same lines, thanks to the circular motion you’re making and that anti-rotational stimulus this exercise becomes an awesome one to hammer your obliques at the same time as your anterior core. Something that doesn’t happen often with ab exercises.

One thing that obviously needs to be mentioned about this is the fact that better core stability and a stronger core that can handle serious anti-rotation, flexion, and extension is going to be able to lift more weight. Squats and deadlifts are great exercises, and they work your abs a bit. But direct ab work like this will ultimately help you out in the long run.

How to do the Stir the Pot ab exercise

Stirring the pot is relatively simple. It just requires an exercise ball, so you can do it about anywhere.

The big key is to make sure you’re keeping your abs as tight as possible to keep your core and hips from twisting side to side. Squeezing your ass and engaging your glutes can also help with this, so I typically like to coach clients to keep their ass tight during these as well.

Another beautiful thing about them is they’re extremely simple to work into a program. They can be done between sets of heavier compound lifts, or all by themselves at the end of a session.

I typically like to program them in for 3-4 sets and 8 circles per side. It doesn’t sound like a ton, but I can assure you it sucks.

Work them into your next lifting session, because we all know you also hate training abs. And I’m not saying you’ll love these, but they’re a challenge, and they will help you get better abs. And get better at the big lifts.