There’s an old school saying from George Orwell that’s quite popular in serious journalism circles. It goes a little something like this: 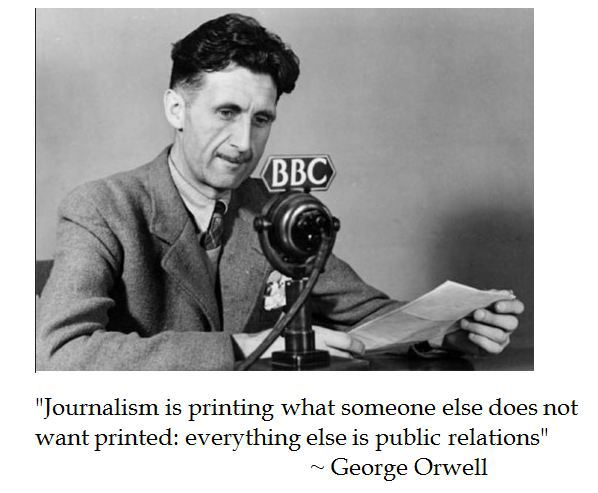 The media is such a circus/circle-jerk/personality-driven shit show in 2017 that we can debate for days on end what is and isn’t journalism. What’s true and what’s not. But the cornerstone of the argument is the very existence of the free press under the protection of the First Amendment.

Today during Donald Trump’s first press conference since winning the election, the President-Elect chided CNN’s Jim Acosta, calling him out for “fake news.” It’s important to distinguish that CNN didn’t report on the much-discussed Golden Showers rumors like Buzzfeed did, but rather than Russians allegedly had compromising intel on Trump. He still has yet to accurately respond to those allegations.

To the shock of many, Trump’s public press conference temper tantrum was actually called out this afternoon by Shep Smith of Fox News, one of the organizations that’s often in the drivers seat of the Trump train.

Shep Smith delivered this monologue at the end of his Fox show: No journalist "should be subjected to belittling…by the president-elect" pic.twitter.com/JLmWnBhHFA

You have to give it to Shep to defend one of his own in the journalism fraternity. Straight up cats and dogs living together. The next four years are going to be a wild, wild ride.