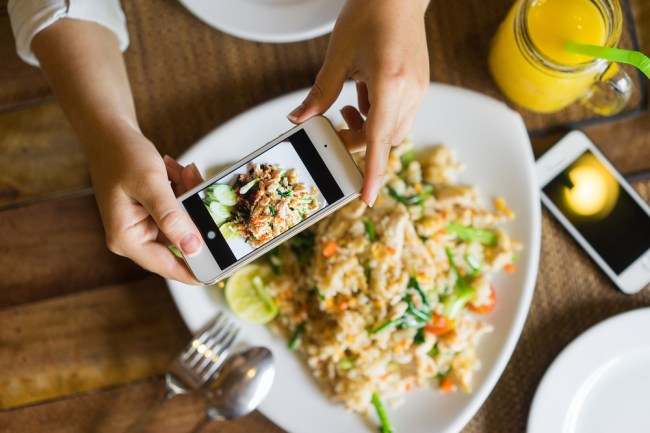 Being a full-time blogger myself, I like to think that I’m fairly tapped into how profitable various factions of the industry are, but I had no idea how lucrative food blogging was until recently. Had I known how much goddamn money food bloggers are able to make each month I’m fairly certain I would’ve chosen a different career path for myself. I love food, and I love making money. And after seeing these stats I’m pretty sure some of you bros out there will question why you haven’t gotten into food blogging yourself.

A recent article on The Huffington Post by Julie R. Thomson detailed the earnings of a successful food blog, Pinch of Yum. I’d never heard of Pinch of Yum before the HuffPo article, but a quick perusal of the site shows visually enticing articles with catchy recipes. All of the things you’d expect to see in the post-Pinterest era.

Beginning in 2011, Pinch of Yum co-founders Lindsay and Bjork Ostrom began posting their monthly earnings. They founded the site in 2009, but the two started making enough money by 2014 to make food blogging their full-time jobs, and were later able to hire a staff. How much money are they making? Let’s look:

There’s a detailed monthly breakdown of how much these food bloggers are making, and it’s pretty unbelievable. The primary revenue source for almost all websites is still display advertising, but those earnings have been shrinking for years because of Ad-Blocking technology. I’m guessing that Pinch of Yum also does a lot of videos which tends to be pretty profitable in 2017, and they’re also getting a lot of direct sponsorship deals with Food/Cooking brands…but holy shit.

Clearing almost $500K each year after expenses all from sitting in your living room and blogging about food?! That doesn’t sound like a tough life, does it?

You can see their unbelievable monthly breakdown of earnings and expenses HERE on The Huffington Post, and it’s interesting to note the fluctuations in months which have holidays that are big on food (Thanksgiving, Christmas, etc).