Were The Missiles In North Korea’s Parade Fake And Actually Wooden Boxes? 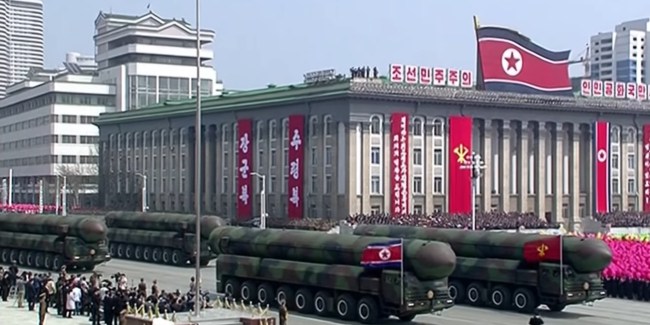 North Korea advertised their military might during a parade on Saturday to celebrate 105 years since the country’s founder, Kim Il-sung, was born. The celebration boasted submarine-launched ballistic missiles as well as possible intercontinental ballistic missiles. But did they really? There are many who believe that the missiles flaunted during the parade are fake and merely wooden boxes. That would explain why they can’t launch a missile for shit in North Korea.

Kim Jong Un invited the world’s media to Saturday’s parade to showcase Pyongyang’s military arsenal, but that may backfire like a North Korea missile launch.

Chad O’Carroll, managing director of specialist service NK News, was one of many who noticed that the nose cone of one of the missiles was misaligned. Also, the boosters on the missile seem to be bent too. 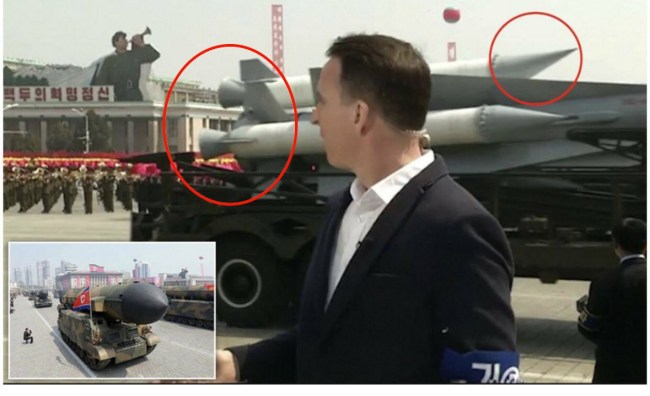 Lee Il-Woo, a senior analyst at the private Korea Defense Network, told AFP, “I suspect they all might be mock-ups aimed to impress the outside world.”

But why stop at fake missiles? It’s much cheaper to have an entire fake military.

What was supposed to be an epic weekend for Kim Jong Un has soured quickly. Besides his parade being mocked for using wooden boxes as missiles, the launch of a mid-range missile flopped on Sunday and exploded four to five seconds into flight. This has prompted many to believe that the failed launch was sabotaged by a U.S. cyber attack.

On the bright side, at least the missiles are pointy.