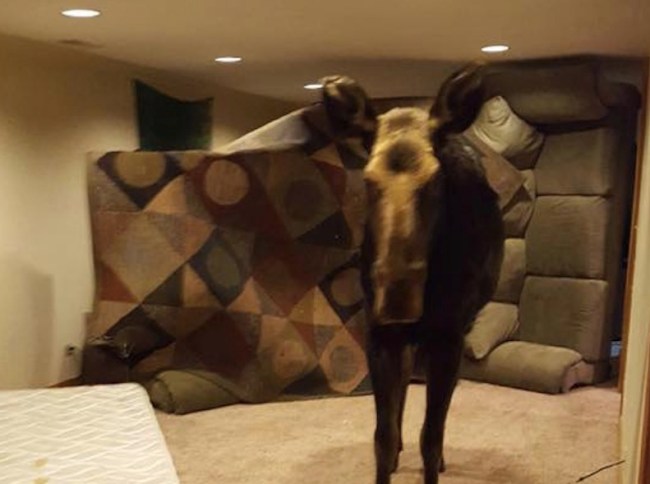 I’ve never seen a moose in the wild, and not for lack of looking. Anytime I’m in Canada, Maine, or the Adirondack Mountains (which is several times a year) I’m on high alert for a moose popping out of the woods. They’re incredible creatures who don’t take any shit from human beings.

I guess it should go without saying that I’ve also never seen a live moose in my home. The same cannot be said for this family in Hailey, Idaho when a moose smashed through one of the windows in their home and got stuck in the basement.

Instead of jumping right back out the window it came in through the moose decided to plant, and defend its ground. Cops showed up and tried to move the moose but it wasn’t taking any shit from anybody, and when cops tried to lay hands on the moose it charged them. 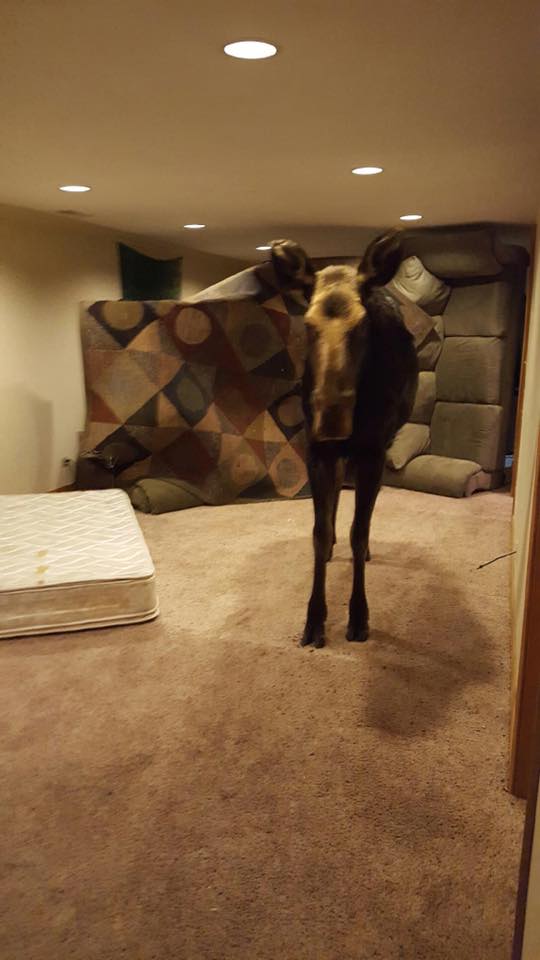 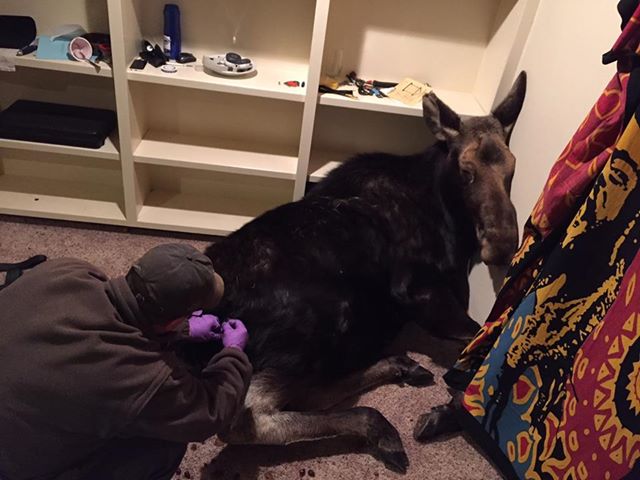 Eventually, a local wildlife manager was called in (at 3 am) and had to shoot the moose up with narcotic sedatives. After they drugged the moose up they then carried its big ass up the stairs and left it outside sleeping on the snow. Hours later, the moose woke up in the front yard (alive), in the snow, and had no fucking clue how it got there.

Last winter we reported a rare occurrence in which a cow elk broke through a window well and ended up trapped in a basement. Sr. Conservation officer Alex Head was hoping that was a once in career event that he would have to respond to. Well, last night it happened again, only this time it was a cow moose! With the assistance of Blaine County Deputies, and officers from Hailey and Bellevue, officers Head and Garwood attempted to herd the moose up the stairs and out the front door to freedom. The moose was having none of it, charging the officers several times. Wildlife Manager Daryl Meints was called at 3:00 am this morning to bring narcotics up to sedate the moose. With all hands on deck, the sleeping giant was carried up the stairs and out the front door. It woke up in the snow covered street, groggy and confused, but free.

Anyone who says moose aren’t awesome creatures needs to see this story, so make sure you copy/paste this article and send it to any moose hater (or moose lover) you know.