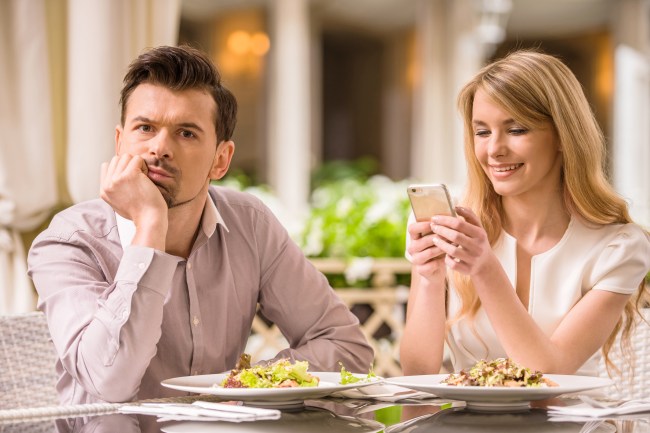 For commitment-phobes, the slightest perceived flaw can be a deal breaker. Her favorite color Starburst is yellow? Serial killer. She eats pizza with a fork and knife? Probably doesn’t give blowjobs. She has an Adam’s Apple? Definitely has a hog. Even the most trivial of idiosyncrasies can be blown into full blown issues that could derail an otherwise joyous relationship and the sad part is there’s nothing you can really do about it. But there is some substance to some of these pet peeves–if a girl is vegan, that may as well be a terminal illness, unless you want to choke down quinoa and kale smoothies for the rest of your life.

The fine people of reddit answered the call to the question posed by pushingdaisies21: What’s the pettiest reason you won’t date someone over? Here are the juiciest answers, in no particular order.

Maybe something more alarming was that you were dating an underage girl, bruh.

A know a girl who won’t date a person if they’re born during a certain month. Something to do with scorpions and aquariums..

Girls who think they know everything about you based on the month you were born are the PITS.

I once started texting a guy from Tinder who seemed okay at first – he was quite good looking, he definitely took care of himself.

Every time he’d pop up on text to say hi, he’d send a selfie of himself along with it. At first I replied “Oh haha did you mean to send that?” and he said “Yes, like what you see?” so I kind of uncomfortably said yeah he’s good looking.

Then it happened like two or three times again so I just stopped texting him.

One word of advice to this dude: Do Less.

She had the same name as my sister. I liked her and tried, but I just couldn’t do it.

A nickname could have solved this problem. Real reason: she was a shitty lay.

Anyone who claims to be super intelligent but uses that to be pretentious or condescending.

My contention is that this dude is a colossal asshole.

If you drag your feet everywhere you fucking go every day of your life I probably won’t like you.

Neither will anyone else.

He tucked his sweater into his jeans.

So you were dating a virgin?

Chews with their mouth open.

I don’t understand how people who can consistently chew with their mouths closed. I’m also very alone.

I have refused to date two girls because I didn’t like their voices. Like they were just a little bit nasal and one was a little croaky too. In retrospect it’s actually cause I was just looking for an excuse cause I was super anxious. They were nice.

Annoying voices are like listening to annoying songs over and over again. You can never grow out of an obnoxious voice. Good move on your part, bro.

He once came with his eyes open and crossed. Just really freaked me out. I could never get the picture of his face out of my mind after that.