If You’ve Ever Wondered Why Coke And Pepsi Taste So Different, Here’s The One Reason Why 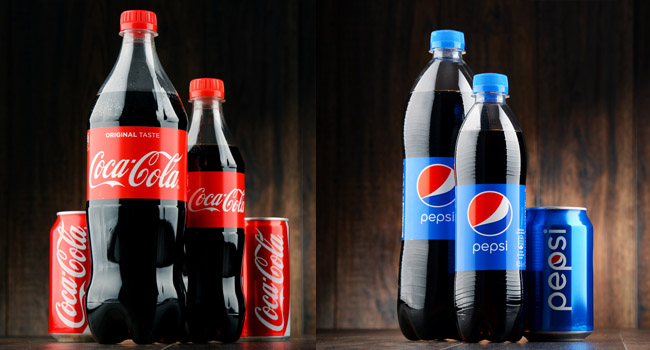 We already know the reason why Coca Cola from McDonald’s tastes better than everywhere else, but why do Coke and Pepsi taste so different when on the surface they appear to be essentially the same soft drink?

They obviously are not the same drink based on the decades-long cola wars and the fact that you’re either a Coke guy or a Pepsi guy and there is NO in-between.

So what is it that makes these two similar drinks actually very different? It’s actually pretty simple, according to Wales Online.

The actual difference is down to one thing: Coke a vanilla flavour, while Pepsi has a more citrus flavour.

Quoted in Business Insider from his book, Blink, Malcolm Gladwell explains why Pepsi tends to win the Pepsi Challenge: “Pepsi is sweeter than Coke, so right away it had a big advantage in a sip test. Pepsi is also characterized by a citrusy flavor burst, unlike the more raisiny-vanilla taste of Coke. But that burst tends to dissipate over the course of an entire can. Pepsi, in short, is a drink built to shine in a sip test.”

Who knew Malcolm Gladwell, of all people, would be the one to help us figure this out?

The Mirror goes on to point out that when it comes to nutritional content Pepsi contains slightly more sugar, calories, and caffeine, while Coke has slightly more sodium in it.

Basically, Pepsi tastes better to people with the first sip, but Coke’s taste satisfies more folks in the long run.

Perhaps some day Kanye West will write a poem about these staples of the fast food industry as well.