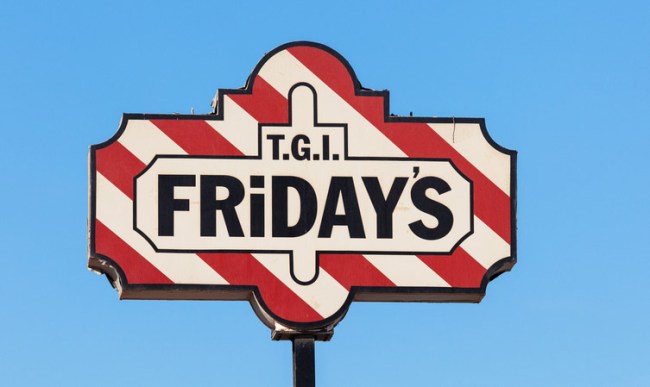 We have shared a lot of tips over the years on what to do and say during a job interview, but none of them could prepare anyone for what this guy experienced at a TGI Friday’s.

Daniel Dougherty, an 18-year-old from Derby in England, couldn’t even finish his job interview because the questions he was being asked were so fucked up he just had to walk out.

He had gone to an interview event last Sunday with a number of other hopefuls, where they had to take part in challenges such as balloon making. However Daniel, an apprentice engineer, was then given the bizarre 10-minute grilling by a member of staff who is believed to be a bartender.

‘The questioning started quite normally, and he asked for my previous experience,’ Daniel said. ‘But after five minutes the interviewer began plucking questions out of thin air.

‘When he asked me if I would sleep with my parents for a year or just join in for the start, my stomach turned and I told him it was wrong and I wasn’t going to answer.

‘Then then asked if I’d rather shit a brick or cry a glass, and I just stared at him open-mouthed.

Yeah, we don’t have any good tips for how to answer questions like that, sorry. Walking out, like he did, was probably the best course of action.

Needless to say, the folks at TGI Friday’s corporate weren’t thrilled to hear about this…

A spokesperson for the restaurant chain said: ‘Fridays offers an industry-leading recruitment process, and this incident fell severely below our high standards. The questions posed during the interview with the candidate are absolutely not part of TGI Friday’s interview process and we were very disappointed to learn of this incident. Immediate action was taken, with the person involved suspended. We have apologised to the candidate for the experience and offered them the opportunity to re-interview with us, which we hope they will take up.’

Daniel’s response? “I’m definitely not taking the offer of their second interview, and I probably won’t go there to eat either.”

Once again, probably the most logical reaction.