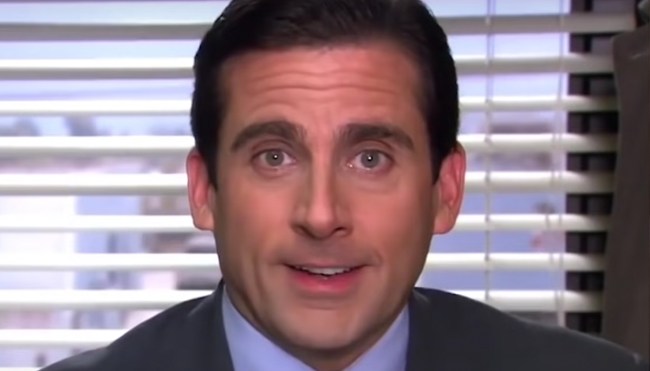 Steve Carell understandably gets most of the credit for popularizing the phrase “That’s What She Said” on The Office, but the true origins of the phrase go back much further than Michael Scott.

In an episode of Today I Found Out, a popular YouTube show, the host explains in under two minutes how ‘That’s What She Said’ (or ‘TWSS,’ for short), can be traced back over one hundred years and how the origins of the phrase are rooted in an ancient British phrase.

I know that you’ve got two minutes to watch this video, but if you’re the type of person who just wants to scroll down for an answer here’s the tl;dr: The specific phrase ‘That’s what she said’ is thought to have been around since the 1970s when Chevy Chase said it on Saturday Night Live.

After Chevy Chase dropped it on SNL it was used in the “Wayne’s World” sketches (and movie) with Dana Carvey and Mike Myers, but prior to the 1970s, ‘that’s what she said’ was in use over in Great Britain but in the form of ‘said the actress to the bishop’.

As for the origin of the phrase and how ‘that’s what she said’ became all the rage, well, I’ll let you watch the video and figure it out for yourself.