Retiree Takes Her Therapy Dog To ‘FurryCon’, Is Shocked There Aren’t Any Other Pets 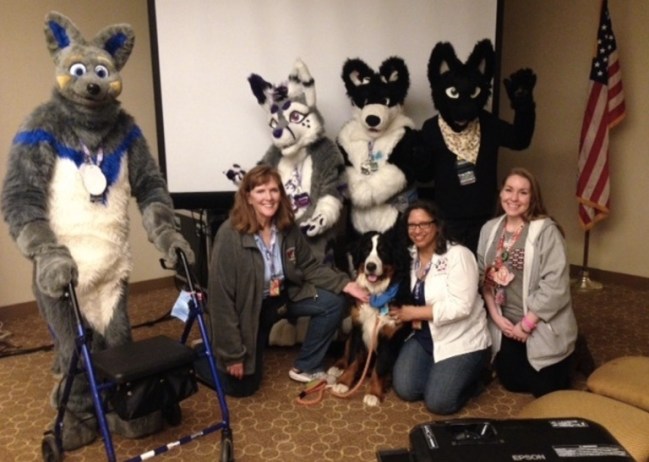 Cheryl and Link were in Michigan recently to attend ‘Furry Con’, an event that Cheryl thought would be the perfect opportunity to socialize her one-year-old Bernese Mountain Dog with other dogs (and people). Cheryl was blissfully unaware of the world of Furries or Plushies and assumed this was an event for dog lovers…Cheryl’s story is below, as are some amazing photos of Cheryl’s dog and people dressed up as furries.

Cheryl expected to run into other therapy dogs, not people dressed up in fox costumes with butt plugs sticking out of their asses in the shapes of tails.

In an interview with New York Magazine, Cheryl said, “I really had no idea what to expect going in on Saturday. This organization had chosen us as their charity.”
Cheryl explained to Cosmopolitan.com that the organizers of the event contacted her asking her if she’d like to do a presentation for the non-profit, and she agreed, though she didn’t quite understand what the convention was for.
“I usually try to do some research the night before I go to these events but the website was pretty obscure,” she said. “It had a link and information on how to register but no pictures. So I just assumed it was a regular business convention of some sort.”
So when she and Link entered the hotel that day, she expected to be greeted by the concierge and see various people in business casual. Instead, she was met with hundreds of people wearing full-blown animal costumes. She sent a few text messages to her son, who explained that she was at a convention for furries: A fetish community composed of people who enjoy dressing up in furry animal costumes, often involving a sexual component.
“I’ve seen a lot of humanity in my line of work, but nothing like this,” she said.
Once she got past the initial shock, though, she wasn’t fazed, and neither was Link. (via KCRA)

Here’s Cheryl and her Bernese Mountain Dog Link posing with some furries who attended FurryCon 2017. Look at how happy this pupper is: 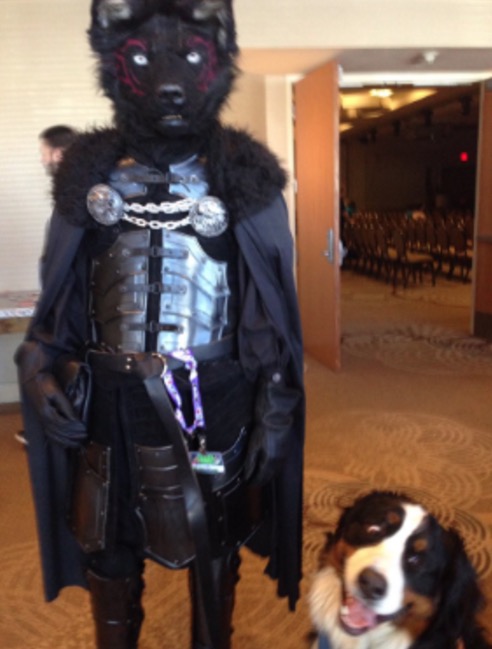 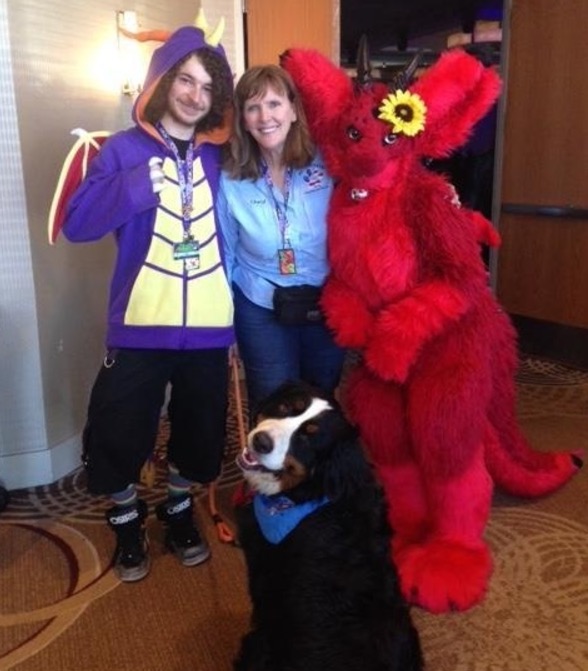 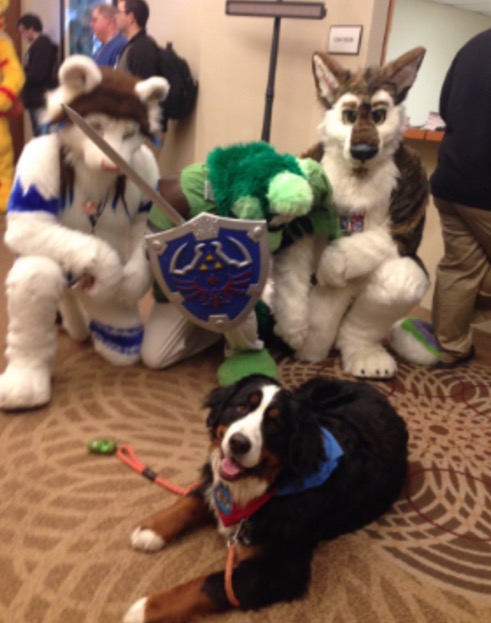 Ahhh, what it must be like to live in a world where you haven’t been tainted by what you’ve seen on the Internet or on the subways of NYC. I envy this woman, I really do. Able to go through life blissfully unaware of what’s out there because you haven’t spent every waking hour over the past decade scouring seedy Internet forums for content to share with you bros.

Cheryl had no idea that there’s a world of people who dress up like animals, shove butt plugs up their asses which extend as tails, and have sex with people while dressed up as furry critters. It seems like she handled it all in stride, though, so big ups to Cheryl for handling her first (and maybe last) FurryCon like a champ.

This all reminds me of something my own mother would do. She recently purchased 3 ‘herbal grinders’ built for weed because she thought they were to be used for the herbs in her garden. To be fair, they can be used for regular herbs and not weed, but moms are oblivious sometimes and my mom spends all of her time with their therapy dog (yellow lab). So I could genuinely see my own mother falling into this situation.