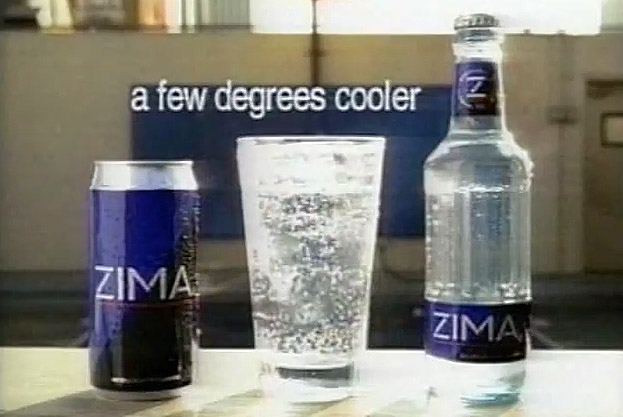 For some reason that putrid 90s alcoholic beverage Zima is making a comeback.

You remember that crap, right? Offered to the public from 1993 to its merciful end in 2008, Zima was marketed as an alternative to the wine cooler – another abomination that can also go away forever.

Wikipedia says that “at Zima’s peak in 1994, 1.2 million barrels of the beverage were sold,” proving that people didn’t just become idiots in the 21st century.

Remember how as it was nearing its demise in the 2000s they even added flavors like citrus, tangerine, pineapple citrus, blackberry and green apple to make it somehow even more gross?

Of course, Zima is still sold in Japan, because they’re fucking crazy over there.

Anyway, it sounds like it is on its way back…

Beer Business Daily on Thursday reported that the brand is already in distributor warehouses and will “allegedly be offered for a limited time only.” A MillerCoors spokesman told Ad Age that “more news [is] coming soon” and that “if you’re one of the zillion fans who have missed Zima, the answer should be clear.”

Oh well, if it does truly make its return it will at least give us a better idea of the people we should avoid at all cost at parties, i.e. douchebags like this…