Bill Belichick Is An Absolute Sniper On The Paintball Battle Field, According To Patriots’ Lawrence Guy 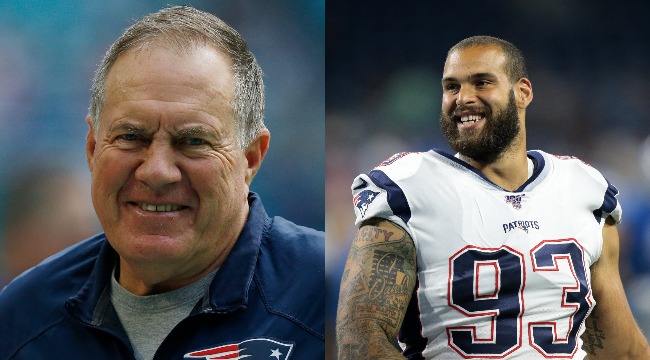 Patriots All-Decade defensive tackle Lawrence Guy got great news this week, as he and the Patriots agreed to a four-year extension that will keep him in New England through his age 35 season.

Guy—who’s reliability and immense charity work has made him a lovable character in New England—will spend four more years with Bill Belichick, who I recently learned was just Chris Kyle in a hoodie.

Guy made an appearance on our Endless Hustle to reveal his favorite Bill Belichick story, which he wasn’t even present for, but has grown to legend status in the locker room.

“I wasn’t even there for this because my son was being born. But they went paintballing and they thought Bill wasn’t going to go paintball with them. And they said he was just lighting people up with that paintball gun, shooting them all in the head. He was hitting them all. He was in full-go.”

The image of Bill Belichick showing up to a random paintball venue in western Massachusetts in full camou and his own tactical .68 with a scope that’s illegal in 10 states is the kind of content my soul craves.

Linda Holliday: Where you headed, sweetheart?

Bill: Paintballing with the guys.

Linda: But it’s our anniversary… 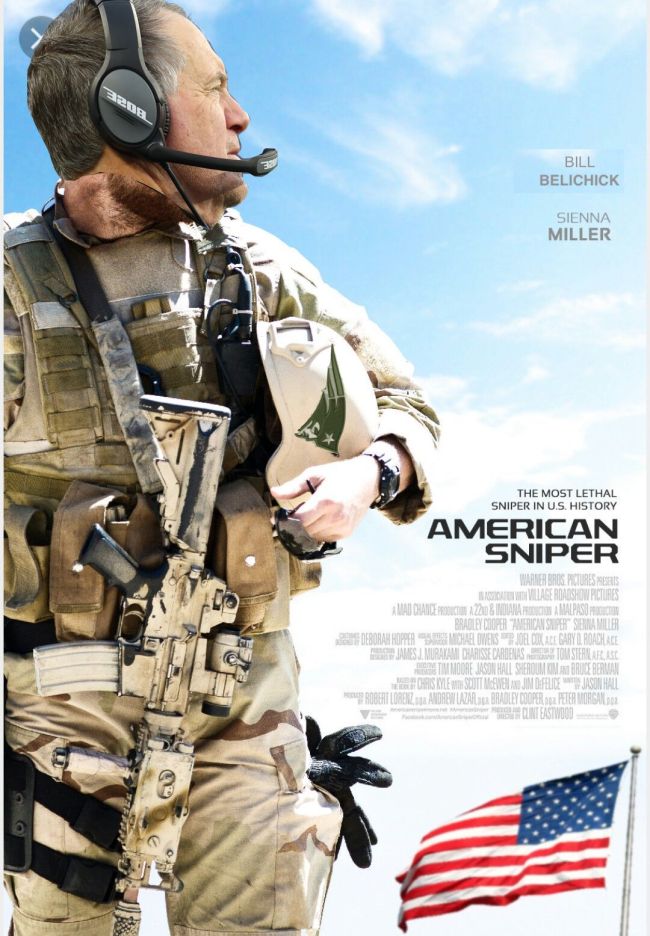 Belichick rarely emerges from his den at Gillette, but when he does, he goes hard in the paint (pun!)

Let’s not forget one of the most wholesome player-to-coach exchanges ever caught on camera.

Remembering the time that Randy Moss invited Bill Belichick to his Halloween party and he showed up as a pirate pic.twitter.com/tGx0slJ4Xf

Randy moss threw a $15 SpongeBob costume over a white shirt, while Bill went full Johnny Depp. On many levels.

Listen to our entire interview with Mr. Lawrence Guy below: