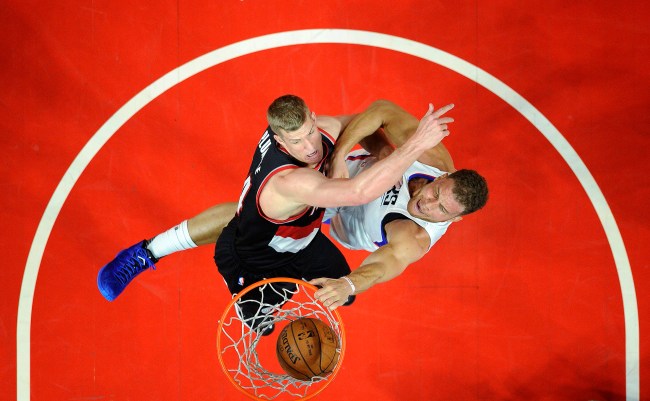 Researchers agree that by 2025, 65% of the world’s population will have been dunked on by Blake Griffin or a blood relative of someone who has.

Of the hundreds of yam sandwiches Blake has scarfed down over his 12-year career, one reigns supreme: January 30, 2012.

The 32-year-old, whose new prank show Double Cross airs this Friday, appeared on our Endless Hustle podcast to detail that fateful night when Kendrick Perkins was baptized.

“I dunked on Kendrick Perkins in I think my second year in the NBA. I think it was because he was such a mean player. He was like a tough, defensive-minded, mean player who wasn’t really friendly. And now he’s on TV talking shit about other people, so it’s the gift that keeps on giving I guess.”

RELATED: Kendrick Perkins Goes On Non-Sensical Rant Ripping The Clippers For Being ‘The Biggest Front-Runners In NBA History

.@blakegriffin23 has woofed on just about everyone in his 12-year NBA career, but none more special than January 30, 2012.

The former Slam Dunk Champion also responded to claims that the 2021 NBA Slam Dunk Contest was “boring,” prompting several Think Pieces on how to improve the product.

“I don’t think people realize how hard it is to do some of this stuff. Like when we watched Zach LaVine and Aaron Gordon go off in that Dunk Contest, you’re not going to see that very often…this stuff is very, very hard.

I’m always biased but Obi Toppin, he’s like 6’9”, 200-something pounds, so him jumping that high is extremely impressive. So I have a soft-spot in my heart for the guys who are in the Dunk Contest.

So underwhelming? No, go in with less expectations next time, guys.”

For all the shade the @nba Dunk Contest got this year, what it takes to perform on that stage is vastly under-appreciated.

The man who woofed over a fully-loaded Kia Optima would know. @blakegriffin23

Blake recalled his now iconic dunk over the Kia Optima that catapulted him to champion, claiming he initially wanted to woof it over a convertible driven by four of his teammates, but needed to play ball with the NBA, whose sponsor was Kia.

“They’re like, ‘Can you use the Optima?’ And I’m looking at this car, like, ‘I can’t clear this entire thing, that’s ridiculous’…So now everyone gives me shit, they’re like, ‘You only jumped over the hood!’ I’m like, ‘Guys, have you seen a Kia Optima? It’s not small.'”

Yeah Blake, this isn’t impressive at all. Signed, The Guy Who Can’t Slap Glass. 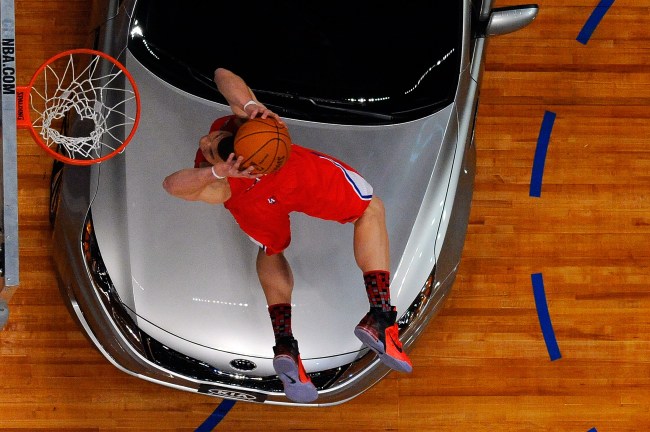 Check out our entire interview with Blake Griffin below. We also discuss: