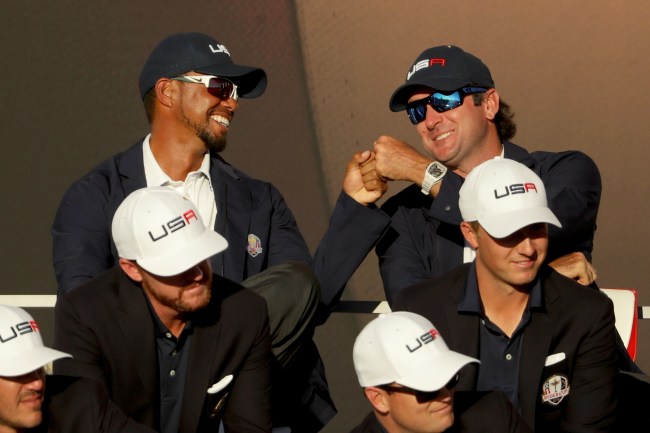 It’s difficult to conceive two golfers who on the surface could not be more different than Bubba Watson and Tiger Woods.

Tiger’s a black hat, black slacks type of dude, Bubba rocks a visor and swings a fluorescent club. Tiger’s had at least five swing coaches in his career, Bubba’s never even taken a golf lesson. Tiger’s an introvert at heart, Bubba texts him to the point of blockage.

Surface level differences are trivial in the face of two decades of being two of golf’s most prominent figures, creating a concrete bond through shared experience only lived by one in a billion.

We spoke with two-time Masters champ and newly-minted Linksoul investor Bubba Watson on our Endless Hustle podcast about his reverence for Tiger and how his mindset evolved over his 25-year professional career.

Powerful stuff from @bubbawatson about his reverence for Tiger.

"I love him not because of what he's meant to the game, but who he is as a person. Forget golf."

“I always text him this. I’ve always shared this with him…I love him not because of what he’s meant to the game, but who he is as a person. Forget golf.

I actually told him years ago I want to be there for his next major, not because of what the major is going to represent, ya know another trophy for him, but because I just support him.” 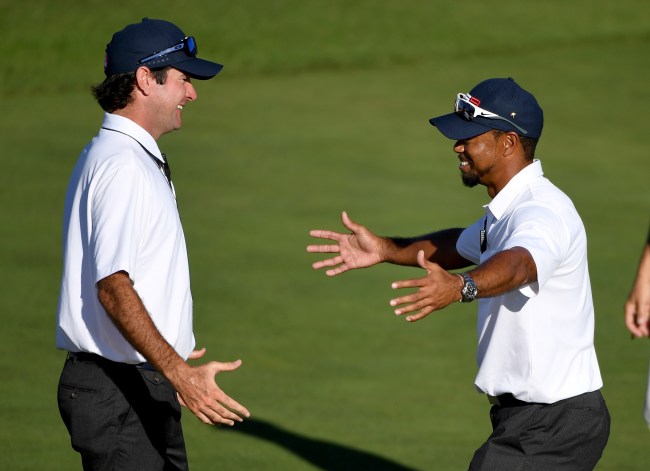 Bubba also touched on Tiger’s demeanor change from a prickly, results-driven young competitor to a grown man with a nuanced perspective on and off the course.

“I think he was misunderstood in his younger days. He had a drive. His drive was to do this. He’s in a different mindset. It’s like Kobe Bryant, LeBron, Tom Brady, Drew Brees. They’re in a different mindset. It’s not that they’re bad people, it’s not that they don’t want to be friends with you. It’s just their focus and drive is on this right now, however long that is.

He’s definitely changed because his drive has changed. His drive now is probably trying to be the best dad he can be instead of the best golfer…so, yeah, he’s definitely softened. But I don’t think it was anything bad. I think his drive was in a different location than it is now.”

Listen to our entire interview with Bubba below. We discuss: