All-Decade Corner Chris Harris Jr. Reveals The Quarterback With The Most Impressive Arm He’s Ever Seen 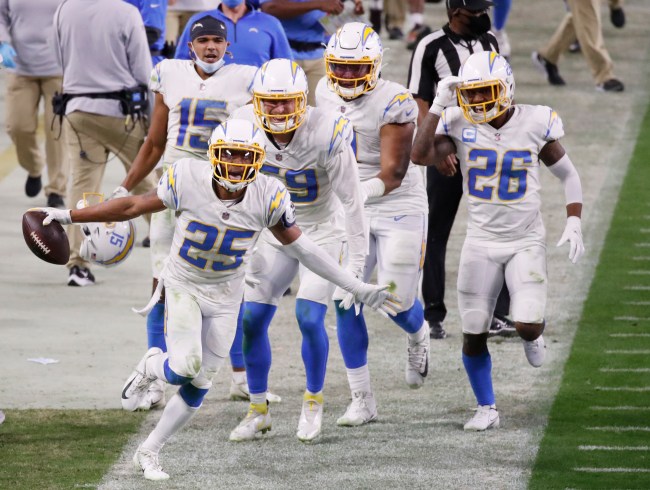 Chris Harris Jr. has been one of the best cornerbacks in the NFL since Patrick Mahomes was taking Intro to Earth Science as a sophomore at Whitehouse High.

The four-time Pro Bowler was named to the NFL 2010s All-Decade Team after going undrafted out of U-Kansas, further proof that even NFL suits are just guessing like the rest of us.

While the public has a tendency to puff its chest out and deliver confident takes about a sport most haven’t even played (*cough* Skip), there are very few who are an actual authority on the matter.

One of them is Mr. Harris, so we asked him about the most impressive arm talent he’s witnessed in his 10-year career. Keep in mind, he played with Peyton in Denver for five seasons as a member of the famous No Fly Zone defense.

Via our Endless Hustle Podcast presented by Boston Market:

NFL All Decade CB @ChrisHarrisJr's pick for strongest arm he's ever witnessed isn't even a debate.

“Mahomes, man. I’ve played with Peyton, I’ve played prime Brady. People would say those are the GOATs, right? From what I’m seeing, Mahomes is the best so far…He can throw off any angle, from rolling to the left to rolling to the right, sitting in the pocket he can make the throw. It doesn’t matter if it’s 70, 80 yards. He might be able to throw 100 yards, you never know. You got a guy that’s very elusive and can run and can also throw anywhere on the field off any angle.”

When we asked how many titles Mahomes will secure before he walks away from the game, Harris Jr. put him at Montana-level or above.

Listen to our entire interview with Chris Harris Jr. below. We discuss.: