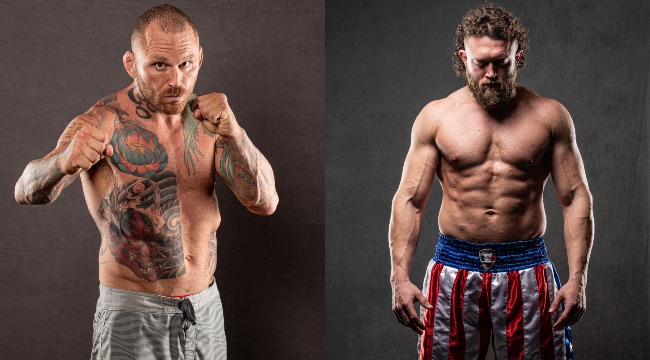 First thing’s first: Have you committed to an electrifying Friday night yet?

Make sure the beers are chilled and the dip is hot folks because we are on the precipice of Knucklemania, the biggest event ever for the Bare Knuckle Fighting Championship, a promotion that is well worth a trip down the YouTube rabbit hole.

Of course, Paige VanZant is making her BKFC debut against Britain Hart, but the fight lineup on the whole should provide for some top-shelf entertainment.

On our Endless Hustle podcast, we got the opportunity to speak with two of the competing fighters in Knucklemania, Chris “The Crippler” Leben and Quentin “The Hero” Henry, about the emergence of the sport and predictions for their highly-anticipated fight.

The American Hero is back in 6⃣ days.

👊 Quentin Henry steps into the Squared Circle in one of the feature bouts when he faces #mma icon, @ChrisLebenMMA in Leben's final fight.

Will it be the Hero or the Crippler who gets their hand raised on #FITE?

The 40-year-old Leben is a man who needs no introduction: Ultimate Fighter season 1, Former WEC middleweight champ, decade long MMA career. The 31-year-old Henry had a 17 fight stint in MMA before being thrust into bare knuckle full-time after his gym and nutrition businesses weren’t able to operate due to COVID.

Why is Bare Knuckle Fighting unlike any sport in existence?

“It’s action-packed. There’s not a dull moment. The fights are quick. They’re aggressive. They’re intense. You’ve got to keep your eyes wide open because you never know when somebody’s going to hit the canvas…The progress that it’s made from being something completely obscure to being on every combat sports website.

I think you definitely got to credit [BKFC founder] Dave Feldman but fuck man, the sport is exciting! He knew he was holding fire in a bottle. Listen if it were tennis, I don’t know if Dave Feldman would have been able to do the same job. But we’re talking about bare knuckle fighting and it’s crushing it. It’s no surprise to me how fast and how quickly the sport is growing and how every day people see me on the streets and recognize me from my bare knuckle fights almost more so now than UFC. It’s crazy!”

Leben then offers his predictions for this third and final BKFC fight:

“Fight’s going to start quick. I plan for the worst and hope for the best. I’m planning for a five-round war, but I’m hoping for a first-round knockout.”

Anyone make a 6” body bag? I’m about to put this dude in it. LEBEN vs HENRY Feb 5th, BKFC super bowl weekend 👊🏻 @bareknucklefc pic.twitter.com/EurtJfetgg

DO THE RIGHT THING : ORDER NOW