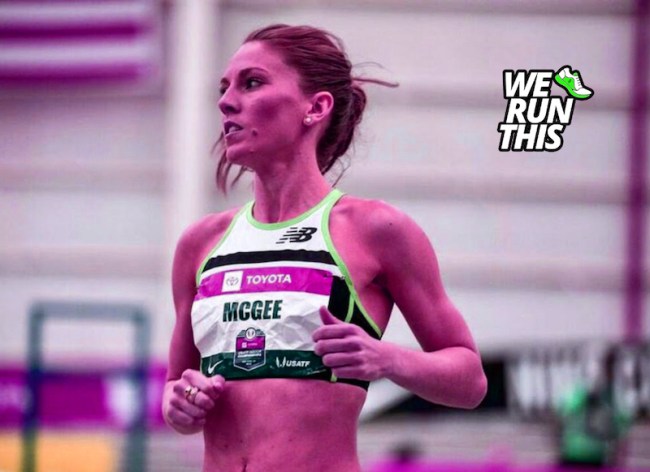 Our guest on “We Run This” this week is Team USA star, Cory McGee.

Cory began running competitively at the age of 9 and her love of the sport traces back to two distinct memories.

The first involves three competitive sisters sprinting home from church every Sunday and the second is connected to the family moving to Greece.

The four girls raced back home from Sunday service and being the winner was a big deal.

The second transformative moment involved her father being transferred to Greece for work for a short period of time and the ongoing 2004 Olympic Games enthralled the young athlete.

She returned home to the states with her family back home in 2005. Cory immediately began to turn heads as the top distance runner in the state of Mississippi.

She won her first cross country state title while in eighth grade and she went on to win four more cross country and 17 track titles.

“After my first cross country title, my dad was like, ‘OK, let’s do something with all this talent.'” she laughed.

Cory ran for the University of Florida where she was an NCAA runner-up and 10-time NCAA Division 1 Track and Field All-American. After graduation, joined Team USA and signed to run and train with the New Balance team in Boulder, Colorado.

She won the Team Boss Indiana Mile in July 2020, clocking a personal and state record of 4:21.81. The feat ranks her at #8 all-time for US female outdoor running.

When she’s not running or practicing, Cory is an ambassador for the Association of Migraine Disorders on the Research Is Hope campaign.

McGee suffered from debilitating chronic migraines as a kid. To keep migraine attacks at bay, McGee did her best to avoid triggers and stay on a routine, which included regular exercise.

During our conversation, Cory discusses growing up in a competitive family, moving to Greece and falling in love with running, struggling with migraines as a child, how running helps with her migraine issues, and some of the unwritten rules of track running.