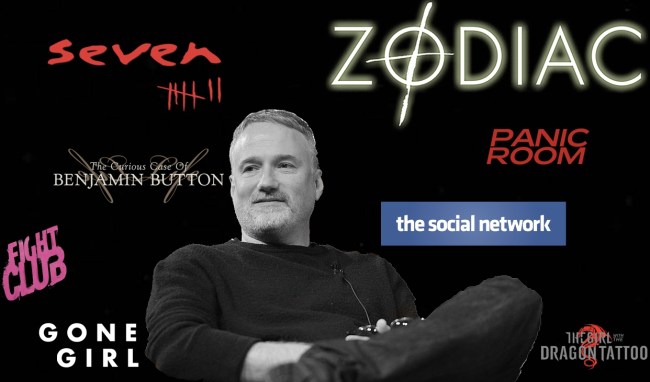 When it comes to the best actor of my lifetime, the answer is relatively straightforward: depending on who you ask, you’ll usually get one of the following four answers: Tom Hanks, Daniel Day-Lewis, Denzel Washington, or Leonardo DiCaprio.

The conversation around the best director, though, is far more complex, as every one of Hollywood’s modern-day elite — Christopher Nolan, Quentin Tarantino, Paul Thomas Anderson, Alfonso Cuaron, etc — all bring something unique to the table. Still, regardless of what your list of the Top 5 directors of the last 20 or 30 years looks like, there’s no denying that the uniquely and remarkably visceral David Fincher deserves to be on that list.

On Friday, Fincher’s 11th directorial feature — Mank — will hit Netflix, adding yet another profound entry into the auteur’s already-storied career. In honor of Fincher’s love letter to the Golden Age of Hollywood, The Post-Credit Podcast looked back at the 58-year-old’s career thus by taking part in a David Fincher movie draft.

Instead of the traditional five-picks-per-team — as we did with our Superhero Movie Draft a few months ago — the David Fincher Movie Draft was comprised of three-project-teams, as Fincher’s career thus far only really consists of 13 mainstream projects thus far if you count Mindhunter and House of Cards. And let’s be honest, no one really wants to spend all that much time discussing films like Alien 3 or The Game (which, to be fair, is a solid movie, it just pales in comparison to the director’s other work.

Luckily for me, I was able to snag the #1 overall pick, which is a selection that can only be filled by one of two films: Zodiac and The Social Network, which are not only Fincher’s best two films but two of the best movies of the century so far. That’s the only obvious pick in the draft, which devolves into film-loving chaos from there.

In addition to this week’s David Fincher Movie Draft, a new episode of the Post-Credit Podcast will be dropping Friday where we’ll be recapping and reviewing the latest episode of The Mandalorian, so make sure to check that out for all things blockbuster pop culture.