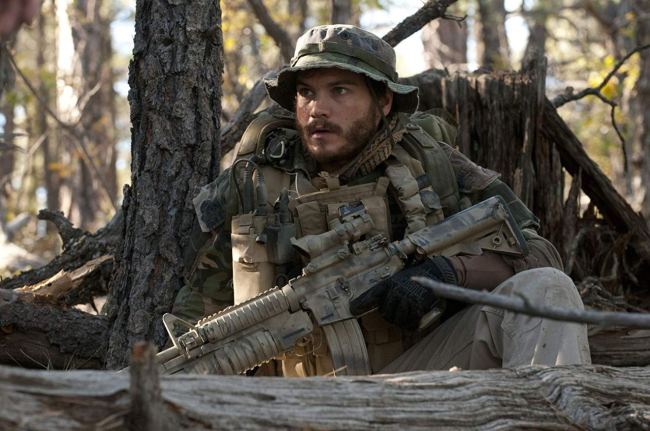 If you’re playing the role as a soldier in the nation’s premiere special operations force, preparation should be nothing short of torturous. Valor must not be stolen, but earned.

The Lone Survivor actor has gone on record claiming his audition consisted of a grueling three-month physical test of will made harder by director Peter Berg threatening to fire him mid-workout.

Hirsch, whose new horror thriller Son is out everywhere now, joined our Endless Hustle to discuss his training and shooting one of the baddest dudes our country has to offer in the family jewels.

Emile Hirsch talks about his intense physical training for his role in #LoneSurvivor and shooting an ex-Navy SEAL commander in the scrotum. GULP.

“We would do non-stop shooting. There would be guys, they would be hiding out in the desert or in the mountains and they would let us loose with these simunitions (non-lethal training ammunition) and we had to track and hunt down, it was crazy. It was like super elaborate paintballing.

And I remember one day, there was a dude, he was dressed as a Taliban, but he was actually an ex-Navy SEAL commander teacher. And I had a clean shot and I shot him in the balls. And this dude shot up and goes, ‘Who the fuck shot me in the balls?’ I mean this dude is a killer. Like he has killed. One million percent. And I literally saw my life flash before my eyes…and he came over and was like, ‘Who was that?!’ And I was like, ‘I mean you told us to get you and no mercy, that was like the whole thing.’ And then he instantly calmed himself and he was like, ‘All right, cool. All right.'”

The movie grossed over $154 million was chosen by National Board of Review as one of the top ten films of 2013, and received two Oscar nominations. All it cost was a teste swell and the elimination of a few unborn children. Fair trade.