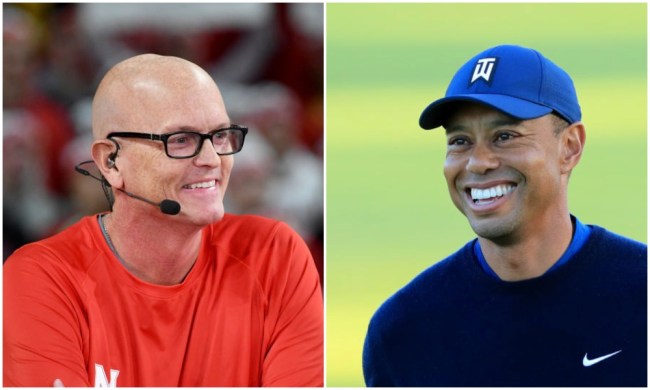 Nobody in the history of the game has impacted golf in so many different ways than Tiger Woods. With that, he’s also impacted a countless number of lives and careers over the years, including Scott Van Pelt’s.

Van Pelt joined Harold Varner III on the Rippin’ It podcast and explained how Woods literally made his career what it is today. Van Pelt has spent 20 years at ESPN, but prior to landing at the worldwide leader, he worked at Golf Channel for five years. SVP shared that if he hadn’t had established a friendship with Woods during his college playing days at Stanford then his well-known sit down interview following Woods’ Masters’ win in 1997 may never have happened, which opened the door for him at ESPN.

“When we sat down in ’98 after he won in ’97, he gave me this incredible 45-minute interview that turned into a show on the Golf Channel,” Van Pelt explained. “I think they still show it, which is disrespectful because I had hair. That put me on the radar in the business. He was great, it wasn’t that I was great, but he was great and I was the guy sitting there, so now I’m on the radar for ESPN.”

“In 2000, he has like the greatest year that anyone has ever had and Jimmy Roberts, who still does a great job covering golf, he left ESPN to got to NBC. So ESPN is now like ‘well, we need somebody to cover Tiger.’ Well, who’s better equipped to be that guy than me? I’m like, I’ll do it. Next thing you know I go to ESPN and now here you and I are talking twenty some odd years later.”

It all goes back to when Woods was still at Stanford. He was certainly already on everyone’s radar, but Van Pelt was able to meet him and lay down a bit of groundwork. If it weren’t for those things falling into place, who knows, SVP may have never made it to ESPN.

“Every bit of this happens because I met him when he was a freshman at Stanford playing the Scarlet Course in Columbus Ohio in the NCAA Championships…I might’ve made, I don’t know, I might’ve made some kind of thing in this business, but without him, how did he impact my career? He made my career.”

In this clip from today's episode, Scott Van Pelt discusses meeting Tiger for the first time and the friendship making SVP's career.

Be sure to check out the full episode of Rippin’ It on YouTube below and subscribe to the show on Apple Podcasts, Spotify, and Anchor.