Joel Gertner On ECW’s Demise, Getting Heat And Paul Heyman Calling Him ‘Worthless’ If He Did One Thing Ever Again 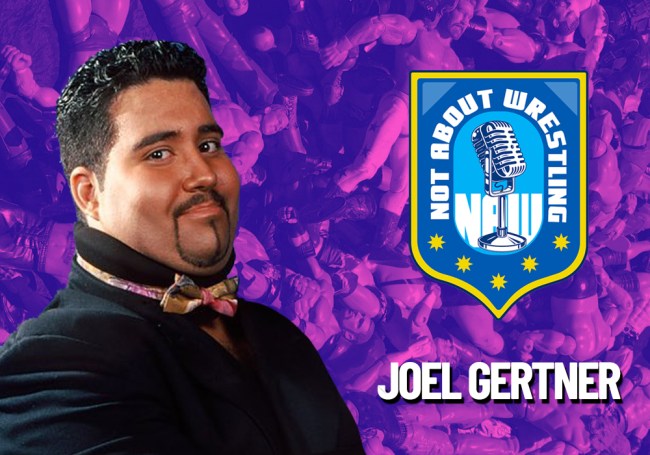 ECW has a special place in my heart. My friends and I were absolute marks for the company.

I’ve witnessed ECW shows at the arena in Philadelphia, the Trenton CYO in Trenton, NJ, at an outdoor show on a baseball field where I played baseball as a kid, and I even stood in the freezing rain outside the Asbury Park convention center to watch Living Dangerously ’99 and watched Bam Bam Bigelow and Taz put a hole in the ring.

As a rabid ECW fan, I don’t remember the company without Joel Gertner. He joined ECW in 1995 – at the age of 20 – to work as a part-time ring announcer and official timekeeper.

Eventually, Gertner transitioned to being the heel announcer and bounced around from performer to performer until finally hooking up with The Dudley Boyz.

The Dudley Boyz eventually became the most dominant tag team in ECW and Gertner’s ring introductions and limericks got filthier and filthier.

Gertner saw the highs and lows of the hardcore revolution first hand. He was the color commentator when the company signed their TNN television deal and was one of the last employees left when the company folded in 2001.

These days, Gertner works as a ring announcer for various companies and hosts more than a few podcasts.

In this interview, Joel and I discuss his early addictions to TV game shows, why he dropped out of Cornell to join ECW, being an absolute heat magnet on the mic, his filthy limericks, his dealings with Paul Heyman, and the night he lost his signature neck brace and voice right in the middle of an introduction.