Johnny Bananas On Welcoming Tom Brady To The 7 Rings Club, MTV Challenge Money, And The Man Behind CT 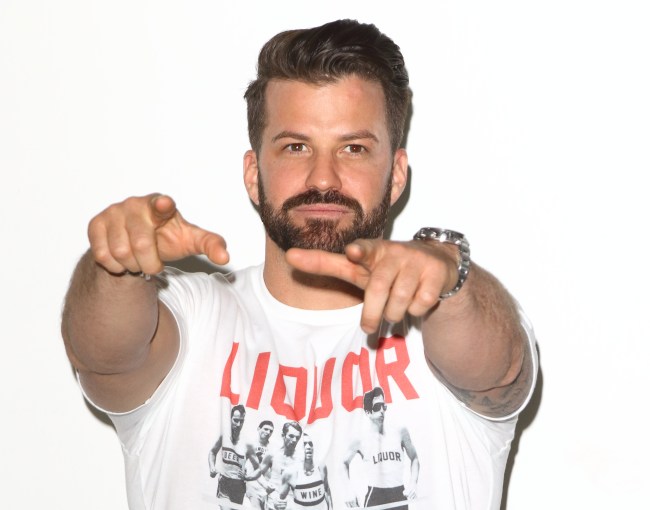 The Seven+ Rings Club is rarified air for the few humans who’ve managed to marry dominance and longevity. Michael couldn’t do it. LeBron isn’t even in the conversation.

After being bounced in the very first challenge of his very first Challenge in 2006, Johnny “Bananas” Devenanzio has quietly compiled a resumé suited for Canton: 20 seasons, 62 daily wins, 7 World Titles, and 1 strong jawline.

In February, Bananas welcomed Brady to the Seven Rings Club by nearly burning his house down. Naturally.

We spoke with Bananas, who is now hosting the NBC late-night talk show Celebrity Sleepover, about his record prize money from The Challenge, most of which he secured in a time when the purse wasn’t as inflated as it is today.

Via our Endless Hustle:

“Not that I count, but the last time I checked I believe it’s like $1,168,000, I don’t know the exact number. All I know is my last win, put me back on top. Ashley did have the top spot and I think Jordan was second. If Challenges back in the day were $1 million a piece like they are now, we’d be in a whole different world, man.

Bananas also took us behind the curtain of Challenge co-star Chris ‘CT‘ Tamburello, widely considered to be the most intimidating man to ever grace the MTV airways since Marilyn Manson.

CT is the most intimidating figure to ever appear on @MTV's #TheChallenge. @JohnnyBananas on what @TheOfficial_CT is like when he's not foaming at the mouth.

"What they don't show is that the Hulk is also Bruce Banner." @endless__hustle interview: https://t.co/5KEN4u1XUk pic.twitter.com/ZzJ6kvNTBY

“It’s like The Avengers. C.T. would be The Hulk. Like this guy that when you push him too far, he turns into a green rage monster. What they don’t show is that the Hulk is also Bruce Banner. And the most amazing thing about C.T. that most people don’t know is what kind of nerd the guy is. Loves video games, wears a retainer when he plays.

He really is brilliant, man. Another thing about C.T. a lot of people don’t give him credit for, the guy was a mechanical engineer in college. And I know a lot of times what gets highlighted is how freakishly intimidating of a presence he is. But the guy is one of the smartest human beings I’ve ever met. I think if he got his IQ tested he’d probably be at Mensa level. There’s a lot more than meets the eye. They guy is definitely an onion.”

When asked who he believes to be on the Mount Rushmore of Challenge contenders, Mr. Bananas said:

“Me, obviously. CT‘s gotta be up there. Probably Mark Long, The Godfather…and probably The Miz, for everything that that guy has accomplished, what he’s been able to take The Challenge and turn it into.”