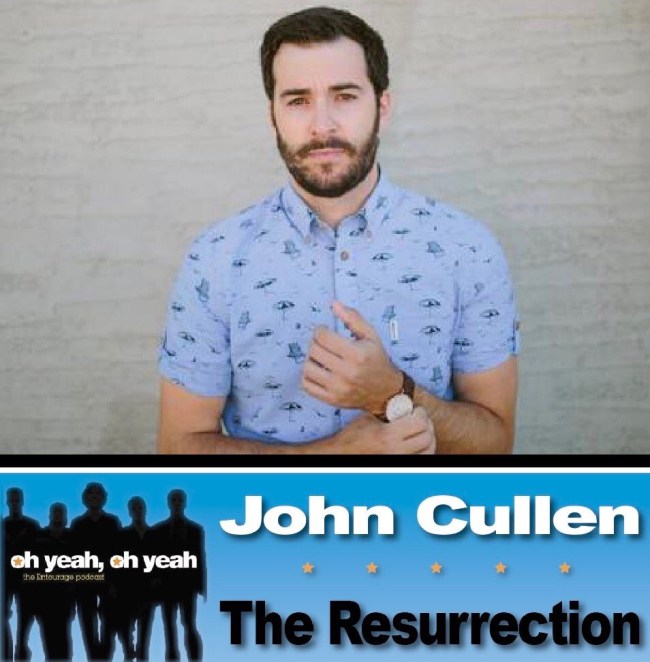 This episode is brought to you by CBDEE.com, the world’s largest one-stop shop for all your CBD needs.

A newish category I’ve introduced on Oh Yeah, Oh Yeah: The Entourage Podcast this year is the Faces in the Crowd award. That’s when I highlight an actor or actress who appear in the background of an Entourage episode but have credits to their name worth sharing/diving deeper on.

This week, in Episode 6 of Season 3B ‘The Resurrection’, I had comedian and host of the very popular Blocked Party podcast John Cullen on to break down the episode. This is the episode where the perennial dateless Turtle finally meets a girl who shows interest in him – autoshop owner Rufus’ daughter Kelly, played by the gorgeous Lauren London.

The character of Kelly doesn’t hold a candle to his later relationship with Jamie-Lynn Sigler. She’s not well fleshed out, holds entirely the same interests as Turtle (shoes, that’s about it) and only exists to give him a romantic subplot for two episodes. She appears in the auto shop and in next week’s episode for one date with him and then disappears from the Entourage universe. All in all, an underwhelming and wholly uninteresting character.

In real life, it is actress Lauren London’s personal life that’s worth a quick peek. Just a year prior to this episode of Entourage airing, she starred opposite T.I. in the acclaimed movie ATL, where she got nominated for Best Supporting Actress at the year’s Black Movie Awards.

From there she moved on to date rapper Lil Wayne on and off for a number of years. Weezy F Baby even had her named Lauren tattooed on his arm for the first few years of their relationship and fathered a son with her, who was born in 2009.

In 2013, London began dating rapper Ermias Asghedom, better known as Nipsey Hussle, until his tragic death on March 31, 2019. Nipsey fathered a son with Lauren too, who was born in 2016.

So it looks like our boy Turtle had some stiff competition when it came to “Kelly’s” love interests. I would have loved to see him get in a romantic beef with a famous rapper like Wayne or Nipsey in a later season of the show, but alas we were stuck with him failing over and over again at his numerous business ventures.

John and I went deep on getting a Hollywood script sold, Johnny Drama’s GIFabble moment and his favorite part of the show–all the high fives. Link below to listen. Enjoy!

No lie, this was some of the most fun I’ve ever had on a podcast. Got to talk about one of the shows I loved when I was an idiot, and JR is a great host. Have a listen if you liked or hated Entourage, I think there’s lots in there for both sides https://t.co/rejGd5s7G4