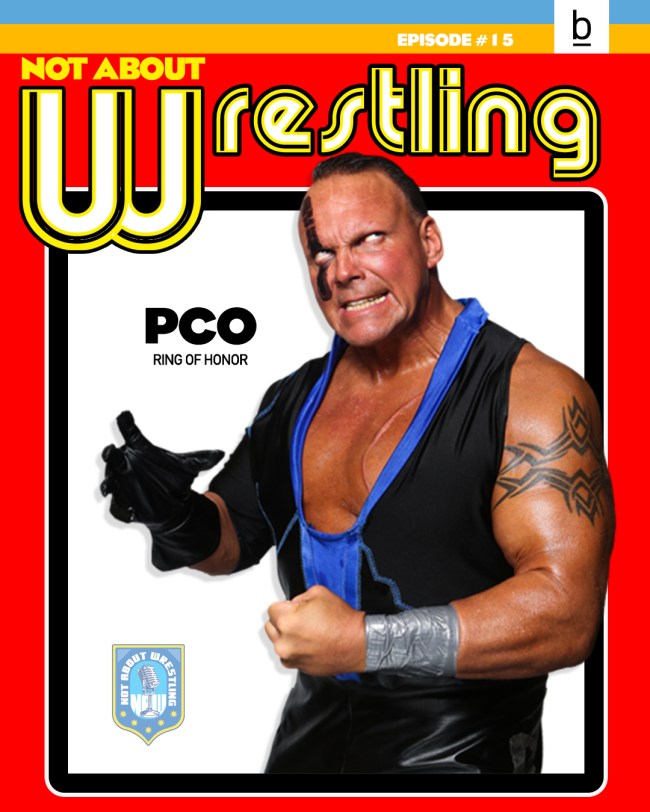 ROH / Not About Wrestling

The career resurgence of Pierre Carl Ouellet – now christened PCO in Ring of Honor – has been nothing short of remarkable.

Longtime wrestling fans will remember Ouellet from his run in the WWF as one-half of the tag team, The Quebecers. Along with partner Jacques Rougeau, the Quebecers captured the WWF Tag Team Championship on three different occasions.

After Rougeau left the company due to family obligations and burnout, Ouellet was repackaged as Jean-Pierre LaFitte, a pirate character known for robbing the personal belongings of fellow WWF Superstars.

Ouellet was immediately put into a program with the company’s top babyface, Bret Hart, LaFitte stole the fellow Canadian’s leather jacket and began wearing the coat to the ring.

The angle is looked back on now as being a little hackneyed today but Ouellet argues the looting would have been more meaningful if Bret Hart put more effort into feeling violated for having his prize possession taken from ringside.

Backstage issues with “The Kliq” led to Ouellet’s sudden departure from the WWF in 1995.

Ouellet bounced around from company to company, making short stints in WCW, ECW, TNA, and eventually back to the WWF. Ouellet found his way back to Stanford in time to participate in the ill-fated “Brawl For All” competition.

After a six-year run on the indie circuit, PCO retired from the ring in 2011…or so he thought at the time.

Ouellet gave wrestling one last shot in 2016, being reborn in YouTube videos that caught fire with the online wrestling community.

Pierre Carl Ouellet was dead. PCO – or Perfect Creation One – came to life.

A 2018 match against NXT UK powerhouse Walter on the indie show Spring Break 2 during WrestleMania weekend in New Orleans put Ouelett back in the minds of wrestling fans.

As PCO prepares for his ROH World Tag Team Title shot with partner Mark Briscoe at Final Battle, the 53-year-old veteran sat down to talk about his early days in the business, losing his vision in a pellet gun accident as a kid, raising a young daughter in the world of wrestling, his various runs with the WWE, squashing his beef with Kevin Nash, and why stealing Bret Hart’s jacket is still a great kickoff to a feud.

Ladies and gentlemen, entering the podcast, hailing from St. Catharine, Quebec, this is PCO.

Ken Anderson Talks About Reconnecting With Family, Training During Covid, And What Wrestling Can Learn From Movies

Cody Rhodes Talks Tattoos, Nicknames, And Gives The Backstory To One Of The Most Cringe-Worthy Promos Ever