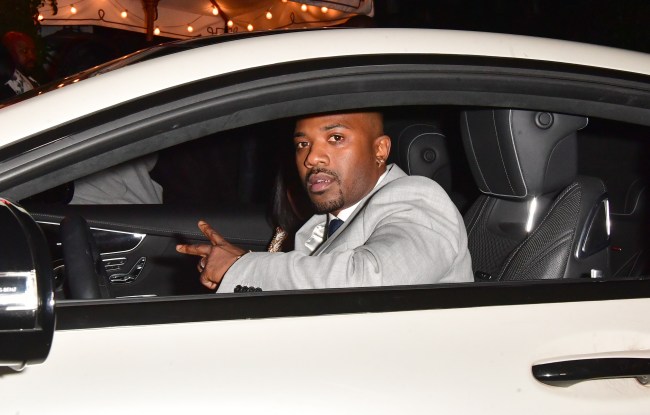 Ray J’s audio company Raycon is sneaky becoming a prominent player in a space that has been dominated by the Apples and Beats of the world.

In celebration of the milestone, the 40-year-old singer and entrepreneur did what any other reasonable man in his position would do: copped himself a couple goats. Sorry, *G.O.A.T.S.

We sat down with Ray J on our Endless Hustle to discuss the impetus of the goat-procuring process, and whether or not this was just a gimmick.

To celebrate, he did the only reasonable thing: bought a couple goats.

"I told them a number they could not refuse."

“I’m in Miami now, and my friends bought some animals over for my daughter to enjoy—little ponies and a couple of goats.

And I’m like, ‘Yo my daughter and son love the goats. How much for the goats?’ And they’re like, ‘They’re not for sale.’ And so I told them a number that I felt they couldn’t refuse and they let me have the goats. So I felt it was a good message to represent G.O.A.T.

The goats are cool, they’re like mini goats, like dogs. During the milking process, I don’t do any of that. So they go to another place for that. But as far as their day-to-day, the goats are here and they’re really safe.”

Sexy Can I (2007) spent over 3 months in the @Billboard Top 10, went certified Platinum, and @Shaq was featured in the music video.

Craziest part is, @RayJ recorded it in a bathroom in just minutes. 🤯

Check out our entire interview with Ray J (and Chanel West Coast) below: