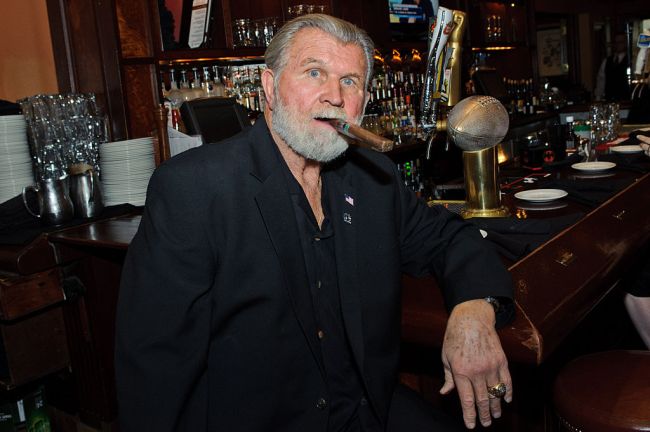 Washington Football Team head coach Ron Rivera joined Harold Varner III and George Savaricas on the newest episode of the Rippin’ It podcast and while he did touch on the upcoming NFL Draft, his golf game, and shared his inspiring story about beating cancer, it was a tale from his playing days with the Chicago Bears that really stood out.

Rivera was fortunate enough to play for Mike Ditka during his 137-game NFL career with the Bears and one can only imagine the number of stories he has about his playing days in Chicago. There’s one particular story, however, that stands above all the others from his playing days and it involves Ditka, cold beer, and sneaking out of training camp.

“One night, Dan Hampton and Richard Dent said ‘hey guys, we’re breaking curfew, let’s go, we’re going to go down to the VFW and have a couple beers,'” Rivera explained. “It was five of us, grown men sneaking out of dorm rooms and we get into the VFW, we’re playing pool, drinking beer and all the sudden the waitress comes by with this beer so I reach in my pocket to give her 10 bucks and she goes ‘no, this is from the coach.’ It was exactly what we thought ‘o sh-t, we’re dead,’ and we look over and there he [Ditka] is with his buddies.”

“He comes over and he introduces his buddies to us and says ‘whose got next game?’…The whole time I’m just thinking ‘he’s going to murder us tomorrow.’ Ditka looks at his watch and says ‘I don’t know about you guys, but we’ve got practice tomorrow fellas.'”

Ron Rivera and the '85 Bears snuck out of training camp for a few beers and ended up getting caught by Mike Ditka.@RiverboatRonHC tells the story of the wild night on @RippinItPod.

It turns out that Ditka didn’t make an example of Rivera and his teammates that snuck out. Instead, he called every player up at practice, saying “if you’re going to go out at night and hoot with the owls, you better soar with the eagles during the days,” which is exactly what they did that day, as Rivera explained it was one of their best practices of the year.

You can watch the full interview with Rivera below on YouTube and be sure to subscribe to Rippin’ It on Apple Podcasts, Spotify, and Anchor.